WASHINGTON — A D.C. teen who was mistakenly released from custody while facing murder charges found himself in front of the same judge who originally told him he wasn’t going anywhere.

D.C. Superior Court Judge Craig Iscoe placed some of the blame on 18-year-old Dekale Bowman, who did not appear to be phased in the downtown courtroom Tuesday afternoon. Wearing jeans and a black T-shirt with a skull printed on it, prosecutors said that’s not the only thing U.S. Marshals found on Bowman when they tracked him to his neighborhood and arrested him Monday.

In the four days he was free, prosecutors said Bowman was a fugitive dealing drugs; U.S. Marshals found 6.1 grams of crack cocaine and $380 in cash on him.

Originally charged in D.C. for the killing of his 16-year-old girlfriend, Taiyania Thompson, Bowman now faces drug charges as well, including possession with intent to distribute.

Despite a hold on Bowman, court records show on May 2, the D.C. Jail released him to Prince George’s County deputies, who transferred him to stand for lesser charges in Upper Marlboro, Maryland. The county’s Department of Corrections spokeswoman has confirmed Bowman posted bail following that hearing and was released early Thursday morning.

Bowman’s attorney, Pierce Suen, tried to argue that the release was not Bowman’s mistake, but Iscoe responded, “He knew he could not be released and yet, when he was, he didn’t return.”

The judge noted that he could not depend on Bowman to comply with any conditions of his release, and instead of placing him back in the custody of D.C.’s Department of Youth Rehabilitation Services, he was remanded to the D.C. Jail. Suen pointed out that was the agency at fault for Bowman’s release.

“I would trust that that mistake would not be repeated. It shouldn’t have happened. He never should have been released,” Iscoe said.

Bowman will await trial in the D.C. Jail, held again without bond. He is next in court on June 1. 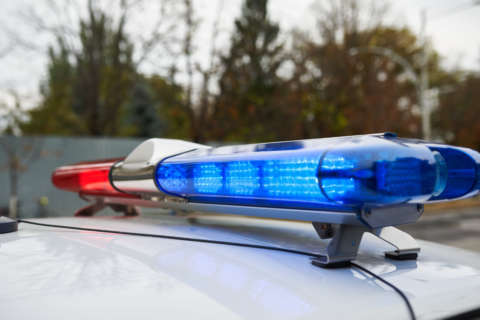 Teen girl shot in head in Northeast DC, near Gallaudet U.