The case is being worked as a death investigation, D.C. police Chief Peter Newsham said, but “the circumstances certainly rise to the level of suspicious.”

WASHINGTON — It could be some time before D.C. police know more about the skeletal remains of three women found in Southeast last week.

During a news conference held Monday near the scene of where the remains were found — the 100 block of Wayne Place Southeast — D.C. Police Chief Peter Newsham said the remains are “very dated.”

“It’s probably going to take a bit of time before we can … figure out exactly who these remains belong to,” he said.

The remains of one woman were found Wednesday afternoon in an apartment building’s crawl space. Days later, cadaver dogs found a shallow grave nearby with two more sets of remains.

“It’s concerning to find three bodies that are this close,” Newsham said.

The case is being worked as a death investigation, the chief said, but “the circumstances certainly rise to the level of suspicious.”

Forensic investigators will be working to determine the age, ancestry and stature of the remains, as well as the cause and time of death of each, said Dr. Roger Mitchell, D.C.’s chief medical examiner.

“So we have some time that we have to take in order to get this right,” Mitchell said.

Other angles of investigation will be reviewing missing-persons records, as well as tenant records for the apartment building.

“If folks are out there now listening and they have lived in this building, if they come forward it’s going to make our work a lot easier,” Newsham said. 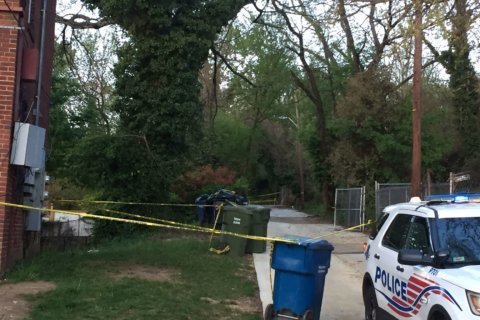