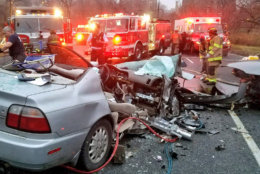 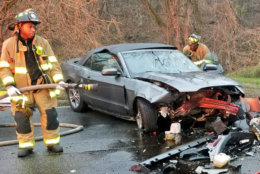 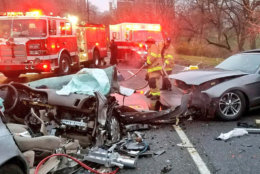 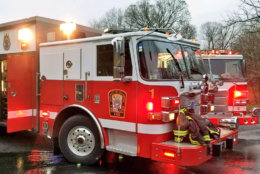 WASHINGTON — A wrong-way crash closed all lanes of Rock Creek Parkway between Virginia Avenue and Beach Drive in Northwest D.C. for hours Thursday morning. Four people were sent to the hospital.

U.S. Park Police said the driver of a Ford Mustang was going the wrong way — southbound in northbound lanes — on the parkway in a section of the road where the lanes alternate depending on the time and day.

The Mustang struck a Honda Accord that was carrying three passengers around 6:30 a.m. at the P Street exit. Two passengers in the front seat, both men, were taken to the hospital with serious injuries. A woman in the back seat was taken to the ICU with life-threatening injuries.

At the time of the crash, lane changes were not in effect.

It is unclear if the driver of the Mustang knew this.

The vehicles involved in the crash were removed around 9 a.m.; travel lanes were reopened just before 9:10 a.m.

Below is a map of where the crash occurred. 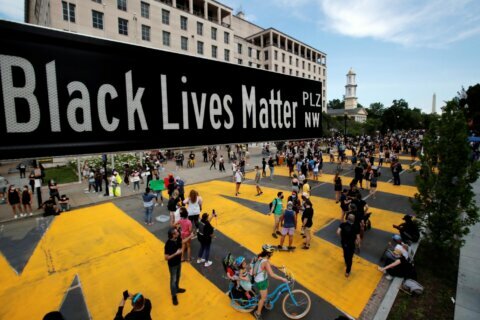