In an effort to reduce congestion and safety hazards, the District will be experimenting with new parking restrictions near Dupont Circle on weekend nights. See when to avoid which areas.
Listen now to WTOP News WTOP.com | Alexa | Google Home | WTOP App | 103.5 FM

With nightclubs, bars and restaurants nearby, narrow streets that carry vehicles and pedestrians across the circle are overwhelmed on weekend nights.

The danger is increased when customers who may have been drinking walk out from between parked cars.

“So, to avoid conflicts we want to create some curb space that allows safe drop-off and pickup zones,” Owens said, referring to people using taxis and ride-sharing services.

Starting Thursday, Oct. 19, parking will be prohibited on Connecticut Ave. NW, from Dupont Circle south to Rhode Island Ave. and M St. NW, on Thursday, Friday, and Saturday nights, between 10 p.m. and 7 a.m.

“We want to see if we can more effectively get vehicles in and out of that area, and have pedestrians able to move without the danger posed by some of the heavy vehicle traffic,” Owens said.

The program, created and implemented by DDOT, the Golden Triangle Business Improvement District, the Metropolitan Police Department and D.C.’s Department of Public Works will be evaluated after one year.

“Signage will be going up over the next several days,” said Owens. “We wanted to give people a couple of weeks advance notice.”

Owens says DDOT and MPD will enforce the nightlife restrictions, which could include ticketing and towing. 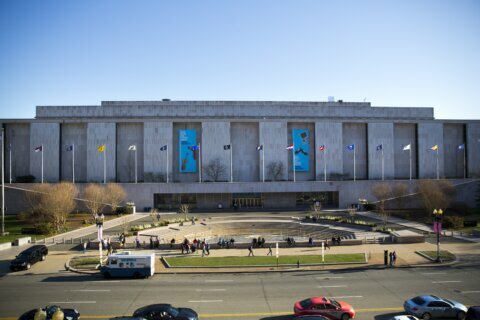