WASHINGTON — The National Zoo will not welcome a panda cub this year, the zoo announced Thursday.

The National Zoo’s panda team has been monitoring Mei Xiang since the artificial insemination to see if Mei Xiang got pregnant.

In late July, Mei Xiang had a rise in urinary progesterone levels, which signaled she would either have a cub or experience the end of a false pregnancy within 30 to 50 days. On Sept. 14, her hormones returned to normal, but she didn’t give birth, “indicating she was either experiencing a pseudopregnancy or did conceive but resorbed the embryo.”

It can be very difficult to determine if a panda is pregnant, the National Zoo notes.

“The only way to definitively determine if a giant panda is pregnant before she gives birth is to detect a fetus on an ultrasound. Her hormones and behavior will mimic a pregnancy even if she is not pregnant.”

The zoo’s panda house closed earlier this month to provide the quiet Mei Xiang needed since she was sensitive to noise during the false pregnancy or pregnancy. The panda house will reopen Saturday and return to normal operating hours, which are 9 a.m. to 6 p.m.

Mei Xiang, at 19, is nearing the end of her reproductive life cycle — but there are panda who have had cubs when they were older than she is now, the zoo notes. 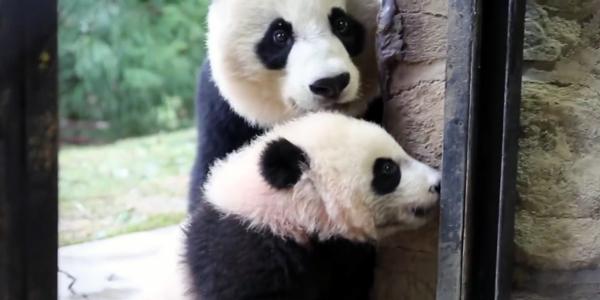 Giant panda Mei Xiang artificially inseminated; will she be expecting?