The new Ben’s Chili Bowl mural is going up, and it’s full of luminaries

A new mural titled "The Torch" features a portrait of Harriet Tubman and other notables (both famous and not-as-familiar) along the wall just off U Street.
Listen now to WTOP News WTOP.com | Alexa | Google Home | WTOP App | 103.5 FM

That has changed now.

A new Ben’s Chili Bowl mural titled “The Torch” features a portrait of Harriet Tubman, the former slave turned conductor on the Underground Railroad. She holds a lamp above her head, looking off in the distance.

And a satellite of notables — famous and not-as-familiar to some — stretch along the wall just off U Street on Ben Ali Way. 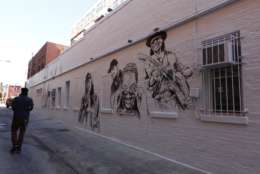 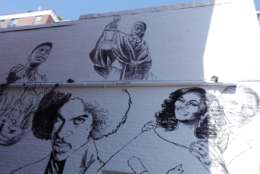 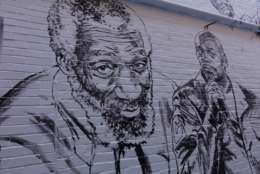 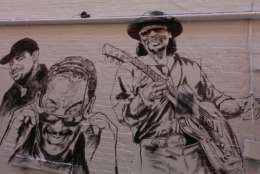 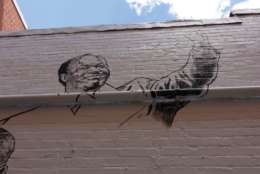 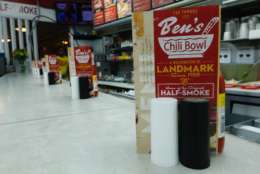 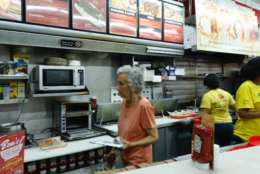 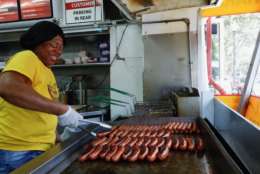 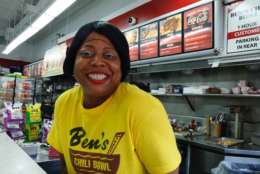 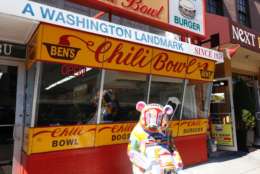 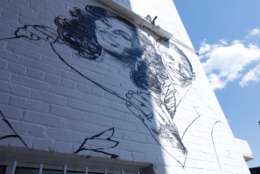 The mural that used to be there featured the likeness of now-embattled comedian Bill Cosby, whose love of Ben’s Half-Smokes and support of the restaurant, which weathered the riots of the late 1960s, earned Cosby free eats whenever he visited the District of Columbia.

Today, as Sonya Ali, who does the hiring at the family-owned restaurant, talks about the mural, there’s no mention of Cosby’s legal troubles and the allegations of sexual assault that landed him in court.

Instead, Ali said, “We decided after five years and a lot of weather it was time to refresh the mural.”

Local artist Aniekan Udofia is painting the mural. Its new faces were chosen as part of a massive poll that got 30,000 respondents.

Ben’s is beloved by longtime Washingtonians who treasure not only the good, cheap eats (their slogan claims “Our chili will make your hot dogs bark”), but also the fact that the family-owned business remained rooted on U Street through challenging times.

Ben’s has been a constant — from the era when segregation created black-owned businesses serving those barred from other downtown businesses, through the unrest of the 60s, the lean times of the 70s, and the disruptive construction of the Metro line now serving U Street.

Virginia Ali, who with her late husband started the restaurant in August of 1958, is still there, wiping down tabletops, checking to see if your Half-Smoke is to your liking, and making sure you got your drink order.

Virginia, who has a warm, yet dignified bearing, welcomes everybody. “I’ve nothing but good things to say about my experience here in Washington. Some of it was very difficult. But people treat you the way you treat them,” she said with a smile.

She is excited about the new mural, and said visitors are welcome to take all the selfies they want outside. But she reminds them to come inside “for a delicious sandwich, a good old chili Half-Smoke or chili dog, or a burger.

“I like them, I still eat them,” she said with a laugh.