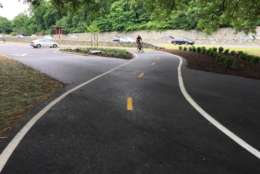 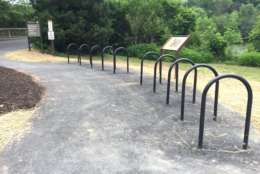 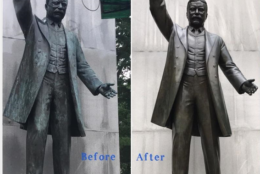 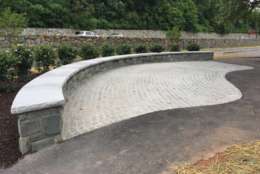 WASHINGTON — Upgrades and additions to the Mount Vernon Trail near Theodore Roosevelt Island have been unveiled just ahead of the long holiday weekend.

To improve safety, the trail has been realigned and elevated where it crosses the parking lot.

“We have the trail that goes across a raised speed table. We’ve narrowed the traffic lanes, the driving lanes, to slow down the cars,” said the National Park Service’s Aaron LaRocca, chief of staff for the George Washington Memorial Parkway.

Bike racks are among the new features added near the entrance to the island.

“We have some new wayfinding signs. We have a new trail map. We have a water fountain that’s dog-friendly,” LaRocca said.

Cross the footbridge from the parking lot to the island, and you’ll see the statue of the nation’s 26th president looking particularly spiffy. A volunteer group of veterans came out last weekend and gave the statue its first cleaning in several years.

More changes are planned for the island in the future, and an environmental assessment is underway. The public will soon get to join that process and share their opinions, LaRocca said.

Meanwhile, the living memorial is waiting for you to explore.

“If you’ve never been to Theodore Roosevelt Island, I’d highly recommend it. It’s like an oasis,” said LaRocca. “Here we are between Rosslyn and Georgetown. As soon as you go over that bridge, you put the cities behind you.”

Boy shot in leg and hand in DC