The U.S. Park Police are asking the public’s help in identifying a man they say is related to a series of bizarre graffiti that were drawn on four national monuments in February.
Listen now to WTOP News WTOP.com | Alexa | Google Home | WTOP App | 103.5 FM

WASHINGTON — The U.S. Park Police are asking the public’s help in identifying a man they say is related to a series of bizarre graffiti that were drawn on four national monuments in February.

The cryptic messages were written in permanent marker on the Lincoln Memorial, the Washington Monument, the World War II Memorial and the D.C. War Memorial, as well as other places along the National Mall, on the night of Feb. 18, the Saturday of Presidents Day weekend, the park police said. 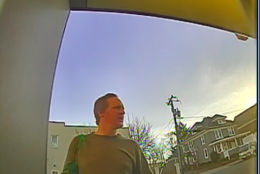 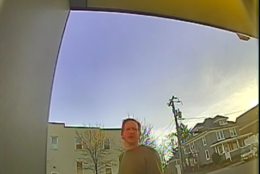 The messages included “Jackie shot JFK” and references to the Sept. 11, 2001, attacks; some messages were illegible. Similar graffiti was found in several places in and around Boston in January.

The photos appear to be time-stamped Monday, Feb. 20 — Presidents Day — in the late afternoon. They appear to have been taken in Alexandria, Virginia. 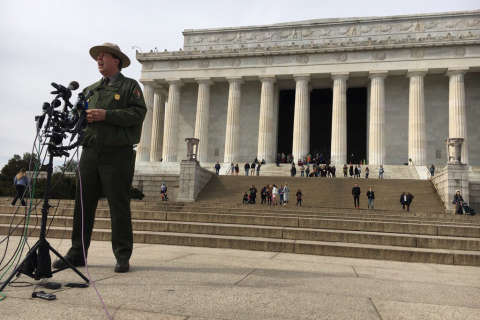