D.C. police have found the car belonging to a woman who was killed in her home in Northeast on March 21. Police released details about her death and that of another woman last week.
Listen now to WTOP News WTOP.com | Alexa | Google Home | WTOP App | 103.5 FM

WASHINGTON — D.C. police have found the car belonging to a woman who was killed in her home in Northeast on March 21.

Police released details about her death and that of another woman last week.

Just after 4 p.m. on March 21, officers went to a home in the 600 block of 14th Street Northeast for a report of an unconscious person. They found Corrina Mehiel, 34, of Burnsville, North Carolina, tied up and stabbed to death.

Police are still looking for the person of interest, who they believe may have been driving the victim’s car, a blue 2004 Toyota Prius. The car has been recovered as of Monday, D.C. police said. No further details have been released about the car’s discovery.

D.C. police have also released a photo (below) of a person of interest they’re seeking in connection with this slaying.

Mehiel was temporarily living at the Northeast home at the time of the attack and was last seen alive on Sunday, in the area of the former Corcoran Gallery of Art. Newsham said there were no signs of forced entry at the home, and that police “don’t really have anything to suggest this was random at this point.” 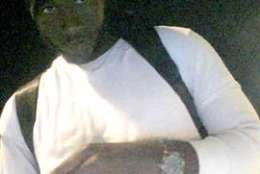 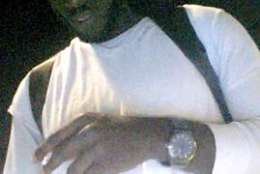 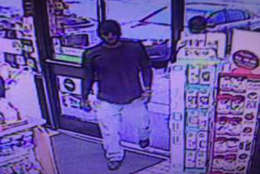 And just before 9 p.m. on March 20, Ayana McAllister, 18, of Upper Marlboro, Maryland, was shot in the 4300 block of Benning Road Northeast. McAllister was a freshman at St. Augustine’s University in Raleigh, North Carolina, who was home for spring break.

McAllister, a graduate of Largo High School, was among those gathered for the filming of a music video, when someone opened fire. She died the following day from her injuries. Another woman suffered non-life-threatening injuries.

Newsham said he believes several people may have information about the shooting, possibly including photo and video evidence.

“By all accounts, these were two promising, bright young women whose lives were unnecessarily cut short by senseless acts of violence,” said Newsham at a news conference at police headquarters. “This is a time when, as a community, we need to pull together so we can get some assistance and bring some closure to the families.”

WTOP’s Jennifer Ortiz and The Associated Press contributed to this report.