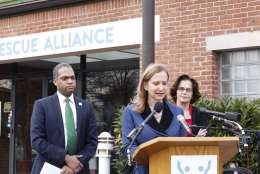 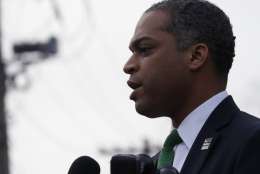 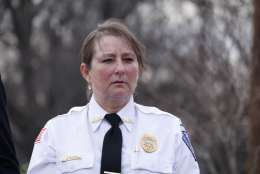 WASHINGTON — The D.C. Council took emergency action on laws regarding how animals are kept and cared for on Tuesday, spurred by images of a dog known as “Momma,” shivering outside of a wooden shelter in frigid weather.

The council voted to pass emergency legislation that specifies the kind of shelter that must be provided for dogs kept outdoors in cold weather.

Under the amendment, which is in effect for 90 days once Mayor Muriel Bowser signs it, dog owners will have to provide adequate shelter for dogs consisting of a structure with a number of features: Outdoor shelters for dogs must be elevated by at least 4 inches off the ground, feature “heat retaining, moisture-wicking” material such as straw for insulation, and have a flap that acts as a barrier from the wind.

Lisa LaFontaine, president and CEO of the Humane Rescue Alliance, welcomes the action. She explains that something as simple as a flap on a dog house can make a big difference for a dog kept outdoors in cold weather. But she added, “It can’t be just something that’s rag tag and put up temporarily; it’s got to be part of the overall construction.”

The requirements would kick in whenever the mayor declares a cold emergency alert, but Council members Mary Cheh and Brandon Todd say this is just the start.

Todd explains the council will take a look at laws already on the books that could be improved to give humane law enforcement officers clarity when checking on animals in hot weather too.

Explaining the push for the emergency legislation, Todd said, “My intention was to make sure that we have coverage throughout the winter months.”

A Petworth resident, who declined to give her name, was involved in highlighting the plight of the neighborhood pit bull, its meager, shaking image prompting the emergency action. At the news conference announcing the change in D.C. regulations, she said, “I’m a dog lover,” and recalled walking by Momma’s fenced enclosure daily with her own dog. Each day, her dog would greet Momma with a whimper.

“And she would come out of her little shelter and wag her little tail and want to play and get loved,” she added.

After reporters followed up on tips about the dog’s conditions, that pit bull, nicknamed Momma by community residents, was spotted being taken into the house where she was kept by a man believed to be her owner, residents say. But she hasn’t been seen since.

Cheh welcomes the opportunity to bolster the laws regarding pet care in the District. For her, it hits close to home. She has two cats she adopted from one of the agencies that now make up the Humane Rescue Alliance.

“I adopted them from the New York Avenue shelter 16 years ago,” she said. “They’re brother and sister. And I love them dearly.”