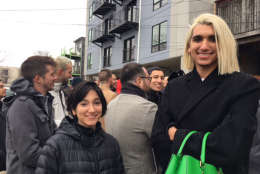 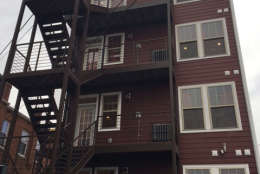 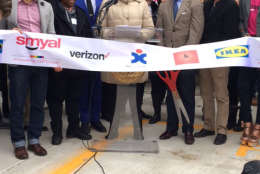 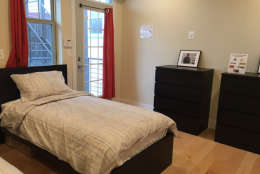 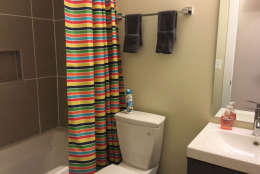 WASHINGTON — On Saturday, D.C. Mayor Muriel Bowser cut the ribbon for the SMYAL transitional housing center in Northeast. The center serves homeless youths who are gay, lesbian, bisexual and transgender.

A 2015 census of 330 homeless youths found that nearly half of the District’s homeless teens identified as LGBT, Bowser said.

Laura Zeilinger, D.C.’s director of human services, said it’s not all that surprising given the challenges they face.

“Family rejection and other issues around sexual orientation are really the root cause of people becoming homeless,” Zeilinger said.

The new five-level housing center has shining, hardwood floors, fresh paint and glossy, brand-new appliances. The house was built with the help of a host of volunteers and more than $15,000 worth of donated furniture from IKEA.

Nick McCoy, an activist who used to be homeless, said he thinks the safe space will help provide an important bridge for the LGBT teens who spend time there. “Where coming out and being who they are is not angst for them to have a home or shelter,” McCoy said.

During a ribbon-cutting for the space, Bowser said the effort was part of the “Homeward DC” strategic plan to battle homelessness in the District.