Apartment roof blows off in DC

Roughly 50 people have been displaced after a roof on an apartment building in Southeast D.C. blew off.
(1/2) 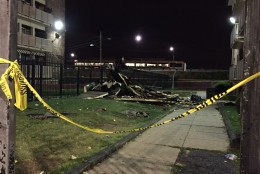 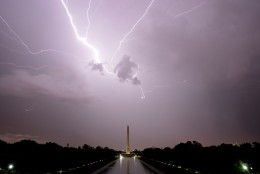 WASHINGTON — Roughly 50 people have been displaced after a roof on an apartment building in Southeast D.C. blew off.

D.C. Fire and EMS said that around 9 p.m. Wednesday the strong winds from the thunderstorms blew off the roof at the building in the 1100 block of K Street SE.

The rubble from the roof damage now sits in front of the apartment building.

No one was hurt by the damage. Officials say the building, which is owned by the D.C. Housing Authority, is still structurally sound.

Some residents were allowed back in, though those who lived near the roofing insulation were not.