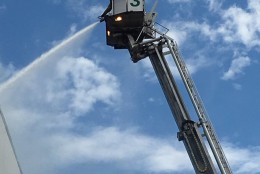 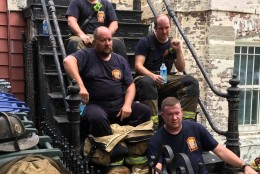 A two-alarm fire started on the roof of a building near 12th and N streets in Northwest at about 4:15 p.m. and the blaze extended into a top floor apartment.

D.C. Fire and EMS crews used a tower ladder to fight the flames and knocked a majority of the fire out by about 4:40 p.m.

The fire response caused some traffic disruptions and a flurry of social media activity as smoke was visible around D.C.

There are no reports of injuries.

Fire officials have not released details about what caused the fire or the estimated cost of damages.