The District is partnering with a federal campaign to raise awareness about human trafficking and diminish its presence in the area.
Listen now to WTOP News WTOP.com | Alexa | Google Home | WTOP App | 103.5 FM
(1/3) 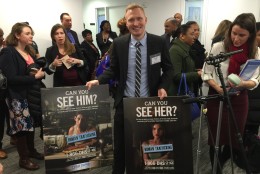 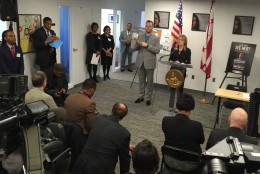 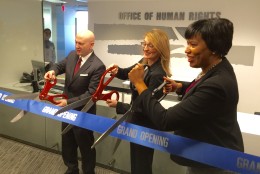 WASHINGTON — The District is partnering with the Department of Homeland Security’s Blue Campaign to raise awareness about human trafficking and diminish its presence in the area.

The partnership, announced Monday at the new offices for D.C.’s Office of Human Rights, brings resources to the city including training for everyone from bus drivers to police officers and workers at the Department of Motor Vehicles.

“We know it’s happening because they actually come in and get identification cards,” D.C. DMV Director Lucinda Babers says. “Do they have their own birth certificate, or is somebody with them who has their documents?”

You might not think of human trafficking as something that happens in the nation’s capital, but experts say the 486 cases in D.C. since 2007 are just the tip of the iceberg.

While specific data isn’t available, Monica Palacio — the director of D.C.’s Office of Human Rights — says anecdotally her office knows that human trafficking in D.C. most often takes the form of people being forced into the sex trade.

“We do know that young women and young men that are involved in prostitution sometimes end up doing that because they’ve been lured in, trapped or caught in some sort of situation where they feel obligated — to pay off a debt,” Palacio says. “They don’t have a guardian or parent looking out for them.”

Experts say victims may not seek help themselves because they fear retaliation, are uncomfortable with law enforcement or may not know what’s happening to them is illegal.

“We want to make sure that any caring adult that sees this happening to a young person gets involved,” Palacio said.

Human trafficking victims suffer numbers of situations that include being forced to work for little or no pay.

The Department of Homeland Security’s Blue Campaign points out that these are some human trafficking warning signs:

“Start thinking … do I know anyone who fits that description?” Babers says. 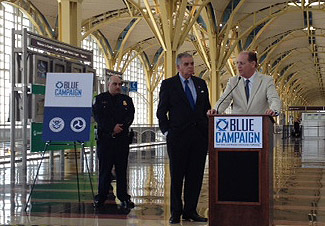