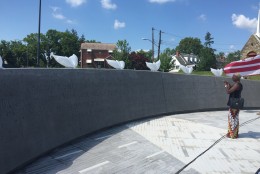 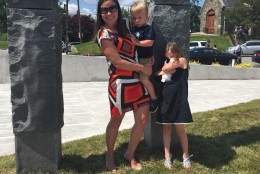 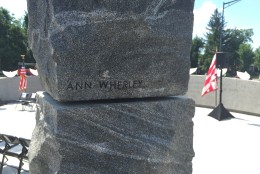 WASHINGTON — A memorial honoring the nine people killed in the 2009 crash on Metro’s Red Line has opened exactly six years after the accident.

Legacy Memorial Park includes nine sculpted stone pillars, each with a victim’s name engraved. Also at the site is a memorial wall remembering those who were killed.

Keeping up a tradition, the victims’ families met at the D.C. site to mark the anniversary of the crash. But this year, they got to see the permanent memorial.

Betsy Wherley Regan lost both parents in the crash.

“I think it’s such a wonderful way to remember the families, to remember my parents,” she says. “It’s a way to celebrate their life.”

The 2009 collision was the deadliest in Metro’s history. It led to calls for dramatic safety improvements on the system.

Delshawnda King lost her sister in the collision.

“We have a second place to come to now besides her actual grave site,” she says. “It means a lot to me because I feel like her spirit is over here where she passed.”

The park is located at the corner of 5720 New Hampshire Ave. NE and North Dakota Avenue NE. It’s near the site of the crash, which happened between the Takoma and Fort Totten stations on the Red Line.

“This park is a place for solace and healing for those families and this community,” says Rashad Young, D.C.’s city administrator. “But in tragedy there is also hope, and this park is a symbol of that hope.”