Just six games into his second season as head coach of D.C. United, Hernan Losada has been fired.

After sources told WTOP that Losada would be let go, the club confirmed his removal late Tuesday morning, adding that assistant Chad Ashton will take over as interim head coach. It is the second time Ashton steps in to lead United on an interim basis, after taking over following Ben Olsen’s firing in October 2020.

Losada was in charge of the Black and Red for Tuesday night’s non-Major League Soccer match in Rochester, New York. United advanced in the U.S. Open Cup with a 3-0 win over third-division side Flower City Union, but struggling early before breaking through with goals in the second half.

“We’d like to thank Hernán for his time at the club and the energy he brought, as well as the attack-minded, front-foot philosophy and style of play he instilled within our club,” president of Soccer Operations Dave Kasper said. “We wish him great success moving forward.”

Losada was not at United’s training facility but told players in a group chat that he would appear to say goodbye during Thursday’s practice.

After opening the MLS season with two wins. United is on a four-game losing streak and in last place in the Eastern Conference.

Losada preached an attacking style of soccer, but during its recent skid, finding the back of the net proved difficult for United. In its last four matches, D.C. has only scored three times.

Gressel said he was “torn” about the change because United’s on-field performances, despite the losses, did not necessitate a coaching change so early in the season. When Losada was appointed last year, many players bought into his intense training methods and weight requirements. However, as players got hurt and a new season began, feelings changed, he said.

“It was difficult to maintain,” Gressel said. “It was certainly not as it was like last year at the beginning of this year. Guys wanted more freedom, a bit more say in certain things. It was difficult at times to get that from him.”

However, the German midfielder said he could only give thanks to his former coach. In Losada’s first season in D.C., Gressel scored two goals and led the team in assists (13).

While Ola Kamara scored two goals in the first half of last Saturday’s 3-2 loss to Austin, Losada’s last league match in charge of United went sideways. Kamara was ejected following a second yellow card and the Black and Red surrendered three goals in the final 10 minutes of regulation.

Before kickoff on Saturday, there were indications Losada was searching for answers for D.C.’s scoring woes. Jackson Hopkins, the club’s newest homegrown signing, earned his first career start while designated players Edison Flores and Michael Estrada were on the bench. In his final postgame news conference, Losada said in Spanish that it was time to to give new players a chance as others have not been up to par.

Losada joined the team from Belgium, where he gained a reputation for getting teams to overachieve. He guided Beerschot SC from Belgium’s second division to the first. In fact, in the 2020-2021 season, Beerschot spent time in first place in Belgium’s top flight.

He left before that season was over, though; he wanted to come to MLS. With a strong belief in a high press system, Losada talked of wanting to establish a club culture with United.

After a disappointing 2020 campaign, the Black and Red energized their fan base in their first season under Losada with an attractive style of play. United finished tied for third in the 27-team league in scoring and was in playoff contention until the final day of the season, missing out by one point.

With a full off season to get ready for 2022, D.C. hoped better results would follow. Instead, the club is in search of answers and a new head coach. 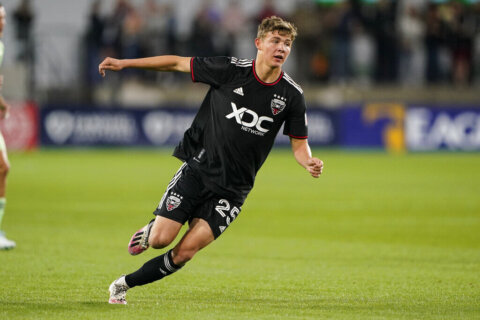 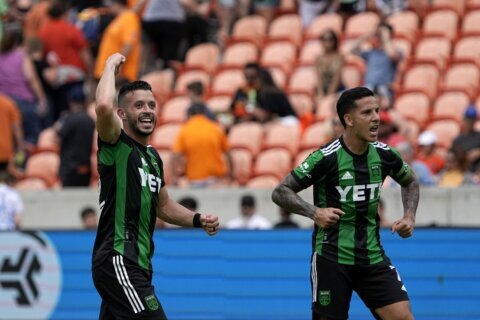