Home » DC United » Waynestock: How much of…

Wayne Rooney's arrival at D.C. United has signaled an incredible turnaround for the club. How much credit does he deserve, and what other factors have keyed the dramatic surge?
Listen now to WTOP News WTOP.com | Alexa | Google Home | WTOP App | 103.5 FM

WASHINGTON — In the great race to quantify every possible component of the sports world, the least measurable and still most mysterious is the idea of chemistry. We might say we know it when we see it, but there’s still something of a chicken-and-egg quandary when it comes to whether chemistry begets winning, or whether the process happens the other way around.

When Wayne Rooney came to D.C. United in July, just in time to appear as a second-half substitute in the team’s 3-1, Audi Field-opening win, it was clear the talent infusion he brought to the club. But two weeks before he ever actually took the field in uniform, he was already preaching a greater message about what he felt he had to offer in Washington.

A simple look at D.C. United’s record before Rooney’s arrival and since doesn’t tell nearly the whole story, but it’s a good place to start. Through 14 games, they had won just twice, sitting at 2-7-5, buried in last place. Since then, they are 10-4-3, vaulting all the way up the standings and, with another late, dramatic win Saturday over Dallas, the top team in the Western Conference, above the playoff line, at least for now.

Plenty of ink has been spilled on not only Rooney, but his budding super pal relationship with Luciano Acosta, the diminutive, 23-year-old Argentine who has come into his own since the arrival of “Señor Wayne.” And with good reason. Acosta had just a single goal before Rooney and eight since, including a hat trick capped off by the most significant play in recent franchise history.

The full story and context of that play is worth reminding yourself of, now that United sits in the sixth and final playoff spot with just a few games left on the schedule.

“We knew the season was going to look like it is now,” head coach Ben Olsen told WTOP last week of the backloaded, home-heavy slate. “Maybe not as dramatic, not as dry maybe in the first half, maybe not as fruitful in the second. But we knew, in some ways, it was going to be two seasons.”

That tale of two seasons was exacerbated by the fact that United had seemingly lost (or drawn, when they had a chance to win) in most every big spot, failing to take advantage, leaving points on the table.

Studies of the Premier League have shown that the team that scores first wins about 65-70 percent of the time, drawing another 15-20 percent of the time. To give you an idea of just how many opportunities United wasted early in the season, they sat at just 2-7-5 before Rooney’s first game, but had scored first in six of those contests, going just 1-3-2 (0.83 points per game). Since Rooney’s arrival, they are 10-4-3 overall, including 7-1-2 when scoring first (2.3 points per game). You can do the quick math yourself to show that, in fact, United has gone 3-3-1 (1.43 points per game) since Rooney’s arrival when their opponent has scored first, far better than they did before his arrival even when drawing first blood.

With their win over FC Dallas Saturday, they are — for the first time all season — on the right side of the playoff line, one point up with a game in hand still on Montreal.

It’s an easy story to praise Rooney with the lion’s share of the credit. He is, necessarily, in the middle of everything. He’s the one taking the corner kicks, the free kicks in an advanced position, the penalty kicks. Much of United’s success or failure rests upon the outcome of those situations, and those situations have been entrusted to Rooney.

Both the early depths and late triumphs were exacerbated by outside events beyond just the Rooney signing, though. One of those is fairly obvious to any longtime fan of United — the return of homegrown goalkeeper Bill Hamid.

Former starting keeper David Ousted didn’t have a single clean sheet in 17 starts, saving just 48 of 81 shots faced. It wasn’t that he was terrible, but the falloff from Hamid’s presence in years past, before he went to Denmark, was notable.

There were games when the unthinkable happened, like the June 13 affair in Toronto. United stormed out to a 3-0 halftime lead, only to watch it evaporate into a 3-3 tie in the 86th minute. Then, Yamil Asad seemed to pull the win out of the fire in the 90th minute … only to watch Nick Hagglund, who had pulled Toronto level, score again in stoppage time to force a 4-4 draw. 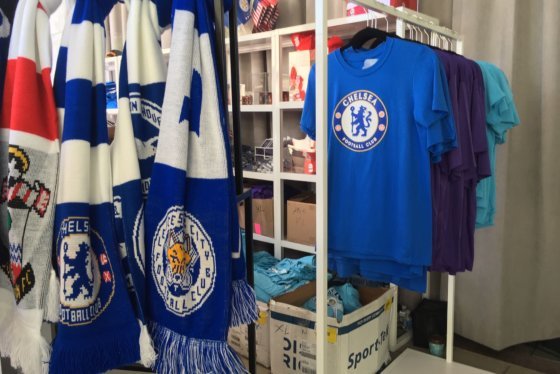 Every Saturday morning, people all over D.C. get up to watch and root for English soccer teams that many have never even seen in person. Why do they do it? Exploring Premier League soccer fandom in the District.

“We left a lot of points on the table in the first half,” Olsen. “But there was a lot of promise in the team. We were excited about the way we were playing. We were scoring goals on the road. It was just, defensively, we were poor in seeing out games, or the moments I talked about. We just weren’t mature enough to see out some of the games that we put ourselves in good positions on.”

It was unclear whether Hamid wasn’t ready to return, or whether Olsen was giving Ousted one last chance to prove himself when Orlando came to town back on Aug. 13. But after a couple bad goals again erased D.C. United leads, the team turned to Hamid and hasn’t looked back.

In 11 games, the once-and-future keeper has saved 42 of 53 shots against him and pitched three shutouts. For Hamid, the new look of the club from the more methodical, lower-scoring iterations of the past doesn’t change the job, but it means his efforts are more likely to produce better results.

“The pressure’s never really off, to be honest with you,” he said before Saturday’s shutout win. “It’s still the same as the past. We still have a lot of plays to make at the back. But now it’s a lot different, because if we do make that play that will keep the momentum in our swing, or keep us up by one goal, then we have the faith in the attack to get us a second goal and maybe alleviate some pressure at the back.”

But there’s been more to the turnaround than just Hamid as well. Rooney’s first game of the season for United was also Russell Canouse’s first of the year, after coming back from a preseason knee injury. There was nobody chanting for the 23 year-old, Pennsylvanian midfielder’s arrival, though, no shirts being sold outside the stadium with his visage. He entered in the dying breaths of the 3-1 win, playing a single minute.

Canouse has started and played nearly every minute of every game since. The Black and Red are 8-2-3 in those games. While he’s often right in the middle, directing the action, he doesn’t show up much in the traditional box score. But his impact thus far is hard to overstate.

“He does so many little things that go unnoticed since he’s been back in the lineup, and he’s been such a big part of this turnaround,” said Olsen last week, before the game against Dallas. “Obviously Wayne and Lucho and Bill and some of the bigger names get a lot of credit, but he’s up there with all of them.”

Stuck on the sideline for the first half of the year, watching the math get worse as the team fell further and further behind, Canouse knew he couldn’t wait until he was healthy to try to develop his own chemistry with his teammates.

“I wanted to personally come in and be a leader with the team. I could only really do that off the field, creating these relationships with them that would transfer into games,” he told WTOP last week. “The off the field stuff always meant a lot to me. That’s where it starts, before you ever even get onto the field.”

From his time spent playing in Germany, he’d dealt with cultural differences and language barriers and knew those couldn’t be in the way once he got up and running again. He poured his focus into getting to know his teammates, particularly fellow midfielder Junior Moreno.

“He doesn’t speak English as well, I don’t speak Spanish as well, but still we have a very good bond and understand each other on the field and off the field,” said Canouse.

Once both were finally up and running together in the midfield, there was an immediate improvement. Passing accuracy, which hit dropped to an unsightly 68 percent against the New York Red Bulls July 25, climbed back to 79 percent in Canouse’s first start back, then steadily north of 80 percent as he gained minutes. On Aug. 12 against Orlando, the team completed 88 percent of its passes, including an eye-popping 84 percent in both the attacking half and the final third.

“Winning and solidifying the center of the park has been a huge part of us being able to get results,” said Olsen.

All that has added up to the right results instead of the wrong ones, when the final three whistles blow.

“I think this team has created the mentality where we know we can win at any point,” said Canouse. “We could be down in the 80th minute and still have a chance to come back and win.”

Back at that introductory news conference, Rooney was asked about whether or not he expected the club to sign more talent, to bring in more reinforcements from the outside.

“I’m sure there’s more players (that are) going to come in. Hopefully that’s the case, anyway,” he said at the time. “In order for the club to move forward, we will need to bring in a few more players.”

Other than Hamid’s return from abroad, the additions have been almost entirely internal, with Canouse’s return to health perhaps being the biggest.

So, what’s been the biggest difference?

Rooney’s arrival on the field has certainly improved those around him and made an instant impact. His leadership and attitude seem to have rubbed off. But perhaps they’ve just been the catalyst to get a team on the brink over the tipping point.

On Saturday, late in a scoreless tie, in another seemingly must-win game, Canouse found himself with the ball at his foot thanks to a deflection off a free kick from Rooney. His shot hit the crossbar, the kind of luck that plagued United in the first half of the season, before he and Rooney were on the field together, sparking this remarkable run.

For a moment, just a flash, Canouse put his hands to his head in disbelief. But he quickly realized the play was not over, the opportunity not lost. He stepped in as a defender tried to clear the ball off the line, the ball popping in the air above his head. With the keeper, two defenders, the clock, the table, the season closing in, he leapt and put his forehead smartly to the ball, sailing it softly into the net.

It was his first MLS goal. It was the game-winner, in the 86th minute, just in time. 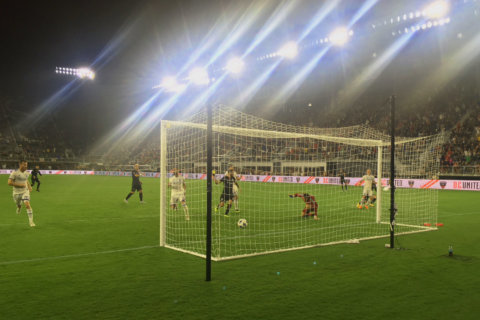