A Dumfries, Virginia, man has been arrested after a fatal crash last week on Interstate 95 in Fairfax County.

State police said Carmichael, who was driving a van at the time, was speeding southbound on I-95 when he came to stopped traffic. He couldn’t stop the van in time and rear-ended a sedan, and the impact caused each vehicle to hit the back corner of a tractor-trailer, state police said.

The driver of the sedan, Hassan Sarwat Siddig, 26, of Woodbridge, was taken to a hospital where he died from his injuries the next morning. State police said he wasn’t wearing a seatbelt.

The driver of the tractor-trailer, who state police said was a 55-year-old Florida man, was not injured.

Carmichael was taken to a hospital for minor injuries. State police said he wore a seatbelt. 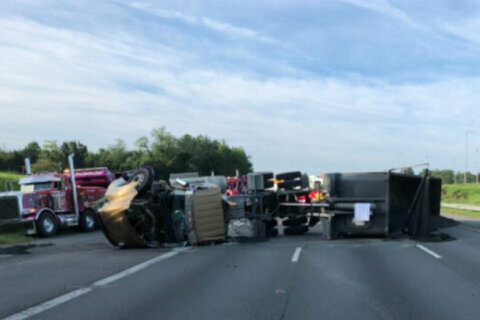