Workers who had been on strike at a privatized Metrobus garage in Northern Virginia for nearly three months will return to work Friday.

Workers who had been on strike at a privatized Metrobus garage in Northern Virginia for nearly three months will return to work Friday.

The group “voted overwhelmingly” Thursday to approve a tentative agreement that had been reached earlier this week, Amalgamated Transit Union Local 689 said.

“Workers will immediately report to the garage tomorrow but will be required to attend route retraining sessions. Full bus service will likely be restored sometime early next week,” the union said late Thursday.

Selected maintenance workers who were on strike at the garage will also return, so buses could also get additional tuneups.

Metro General Manager Paul Wiedefeld said earlier Thursday that the exact timing of restoring service to more than a dozen bus routes that have had service eliminated or reduced since late October is up to the private company, Transdev, that runs the garage.

Transdev is expected to develop a retraining and service restoration plan within the next few days so that most service could be restored as soon as Tuesday.

Monday is a federal holiday when many of the Fairfax County commuter bus routes impacted by the strike would run reduced service anyway. 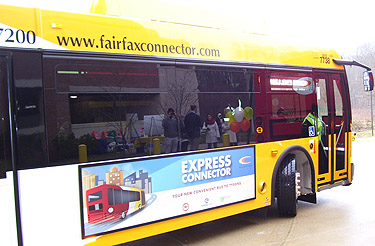