The strike has eliminated or reduced service since late October for thousands of riders who use more than a dozen bus routes, mainly in Fairfax County, Virginia.

The workers and private operator Transdev reached the tentative agreement on a contract during a scheduled negotiating session Tuesday, the first in several weeks.

Still, that does not mean service will resume Wednesday.

The workers will not return until they ratify the agreement, Amalgamated Transit Union Local 689 President Raymond Jackson told WTOP. The ratification vote is scheduled Thursday. If the contract is approved, workers would likely be back on the job by Friday morning.

Still, after so much time out, they may need to go through refresher training or similar steps, so regular service may not resume until next week, Jackson said.

He did not want to immediately share details of the deal so that the union could first communicate those details to members, but a union statement said the deal includes improved health care and retirement plans “along with substantial wage increases.”

“You can’t bring in these private contractors and think they’re going to establish these budgets that’s off the back of the workers. These workers deserve fair wages,” Jackson said.

The union has a strike fund that helped the workers make it through the last 82 days.

“There’s no more profit over safety, profit over your workers. They’re going to have to include these workers in anything and everything they’re doing in this region,” Jackson said.

“We’ve been continuing to bargain with ATU 689 and are hopeful that we will have an agreement very soon,” Transdev’s Mitun Seguin said in an email.

Metro is waiting for information from Transdev about what routes will be restored when.

“Word that Transdev and the union have reached an agreement is good news for all involved,” Metro’s Dan Stessel said in a statement.

“Upon ratification of the deal, we expect Transdev to provide their plan to restore bus routes to full service as quickly and safely as possible. Based on Transdev’s plan, we will keep customers updated on a timeline for service restoration in the coming days,” Stessel said.

Metro and ATU Local 689 agreed last month to a separate, broader deal that would prevent similar private contracts in the future, but that agreement did not directly address the operations of the Cinder Bed Road garage now.

The new Fairfax County Board of Supervisors voted Tuesday to direct the county to look into options to withhold money from Metro or recover money paid to Metro for all of the bus service that has not been provided for nearly three months.

The county will not pay for any service it did not get, Chairman Jeff McKay said.

He spoke Monday with Metro General Manager Paul Wiedefeld. Metro has largely taken a hands-off approach during the strike, saying that the issue is between the union and Transdev.

The new Fairfax County board also plans to continue calls for more information and pressure on Metro at Thursday night’s meeting of the Northern Virginia Transportation Commission, including a continued effort to actually see the full contract between Metro and Transdev.

Supervisors are also concerned about whether riders will return after this major disruption. Transdev had added some service back on a few of the canceled routes over the last few weeks. 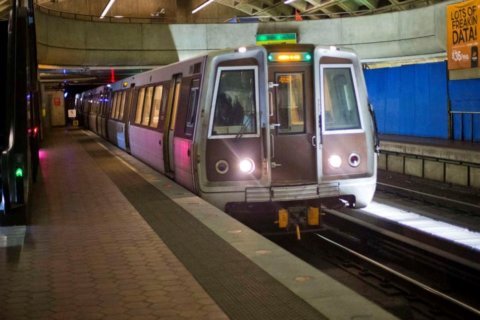