The Silver Line to Dulles International Airport and Loudoun County, Virginia, will open on or about July 16, 2020, at least if everything goes according to plan.
Listen now to WTOP News WTOP.com | Alexa | Google Home | WTOP App | 103.5 FM

The Silver Line to Dulles International Airport and Loudoun County, Virginia, will open on or about July 16, 2020, at least if everything goes according to plan from here on out, the Metropolitan Washington Airports Authority said.

For the first time, the authority has set an official internal projected opening date for rail service on the six-station second phase of the Silver Line from Wiehle-Reston East to Loudoun Gateway and Ashburn.

“The current date to open the system to the public is July 16, 2020. That is our goal at this point, and we’re working very hard to meet it,” said Charles Stark, airports authority senior vice president for the Dulles Corridor Metrorail Project.

“It could be a few days earlier or a few days later. Nothing in the construction world is that exact, but you gotta have a goal, and that’s ours,” Stark said in an interview.

July 16, 2020, is a Thursday, so it is more likely that if construction sticks to the new schedule projections based on a statistical analysis and discussions with the contractors and Metro, the line would open the weekend before or after that.

The first phase of the Silver Line opened on a Saturday.

The long-awaited opening of Phase 2 has been delayed a few times, and the latest contracts with the company building the stations and tracks actually currently call for the line to be substantially completed this week. The rail yard contract called for it to be done last December.

Metro is noncommittal about the start date, despite being consulted. Several issues remain under review by Metro’s Office of Inspector General, and inspections by the independent Washington Metrorail Safety Commission also continue.

“Metro will establish a revenue start date once the project (including the rail yard) has been completed to our standards and requirements and accepted by Metro for final testing and safety certification,” spokesman Ian Jannetta said in an email.

Metro is projected to take up to two months for final testing and training of its employees once it takes over ownership of the rail line from the airports authority.

Still, Stark is looking forward to an “absolutely fantastic” feeling of seeing the line finally open in less than a year.

“After all of our examinations and statistical analysis, we are confident at this point in time — without any unforeseen situations or problems — that we will be opening in the middle of July of next year,” Stark said.

The company building the line’s rail yard, Hensel Phelps, has projected the yard will not even be ready by then, but Stark called that schedule “excessively conservative and pessimistic.”

An internal airports authority report based on June data warned “continuous delays to the completion of track work could potentially impact substantial completion.”

Major construction on the yard is expected to be finished next month. Talks continue on changes likely to see the yard finished by March rather than July.

“There are a few things that they can do and some things that we can do, such as reducing review times of test reports and the final documents that are necessary to attain substantial completion,” Stark said.

The airports authority has also questioned the length of time Capital Rail Constructors, the group building the stations and main tracks, built into its schedule for fire alarm monitoring tests and generally slow construction work.

As of the end of June, the stations and tracks were projected to be substantially completed on May 14, 2020, 68 days sooner than the contractor projected just a month before.

Full tie-in to the existing Silver Line stations is expected to be completed this winter.

Details of precise safety testing checklists for the new stations, tracks and rail yard are also still in negotiations. Allowing certain tests to be done simultaneously rather than sequentially could shave a significant amount of time off the schedule.

Rail yard testing has already gotten the OK to proceed in phases in order to speed things up, and the internal report projected full train testing in the rail yard will begin by the end of this year.

Safe braking testing has been completed on the tracks between Wiehle-Reston East and the first section of the tracks on the Dulles Greenway. Within the next month, safe braking and train movement testing is expected to expand along the entire line.

Dulles station windscreen fixes are still in the works, along with a number of other construction cleanup issues inspections found needed to be addressed.

Final concrete testing has also just been completed after a series of problems prompted concern and new sealant requirements.

Metro is currently reviewing results of core samples on a few concrete panels to ensure there were no problems with road spray exposure before protective sealant was applied.

“The results appear to be acceptable,” Stark said. “That will close out the concrete issues.”

A newly compiled list of top risks to the project — financial and otherwise — was submitted to the Federal Transit Administration on June 27.

Those risks based on meetings that began in January include concrete, rail-tie and testing issues, financial claims from the contractors tied to construction delays, any new concerns raised by Metro’s safety department, potential contract litigation costs, and code compliance issues with air conditioning in elevator and escalator machine rooms. 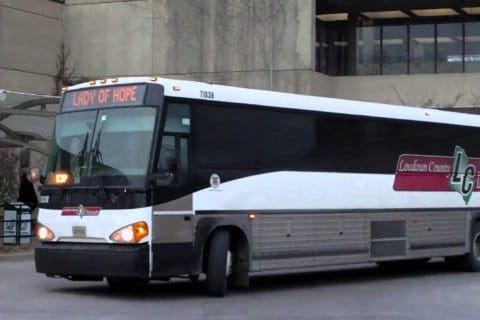 Silver Line extension on track to open next year despite issues, official says