WASHINGTON – A series of delays that pushed back the opening of the Silver Line to 2020 will cost $95 million.

The Metropolitan Washington Airports Authority, which is responsible for overseeing Capital Rail Constructors’ construction of the line, disclosed the final $95 million settlement in a presentation prepared for its board meeting Wednesday.

In May, MWAA paid $49.2 million of the $95 million to the contractor building the line as part of the agreement. The delays have been due to a series of design changes that included safety-related work.

The $49.2 million comes out of a $551.5 million contingency fund for the Silver Line extension from Wiehle-Reston East past Dulles Airport into Loudoun County. Through the end of May, $177.6 million of that fund has been spent, leaving $373.9 million remaining through the end of the project.

Currently, there are 112 design changes in progress, and it is common for projects of this size to have more come up along the way.

The Airports Authority forecasts the overall project will remain within its current budget of $2.778 billion. The work has cost $1.287 billion so far.

Upcoming construction work includes pouring concrete pads that will support power stations, elevator and escalator work in stations, and the installation of more pedestrian bridge spans connecting stations to parking garages and kiss-and-rides. Crews are installing tracks along the Dulles Toll Road too.

At Dulles Airport, features like the canopy frame are due to be in place by the end of August. At Innovation Center, crews expect to start work soon on granite and ceiling framing. At Herndon, steel erection and metal decking work are wrapping up.

Precast pieces are going up at the Loudoun Gateway Station, with steel erection due to run from this month through October. At Ashburn Station, the steel should be up by the end of November.

At the new rail yard under construction near the airport, separate work continues on maintenance buildings and rail switches.

The rail line is expected to open to riders around 2020. 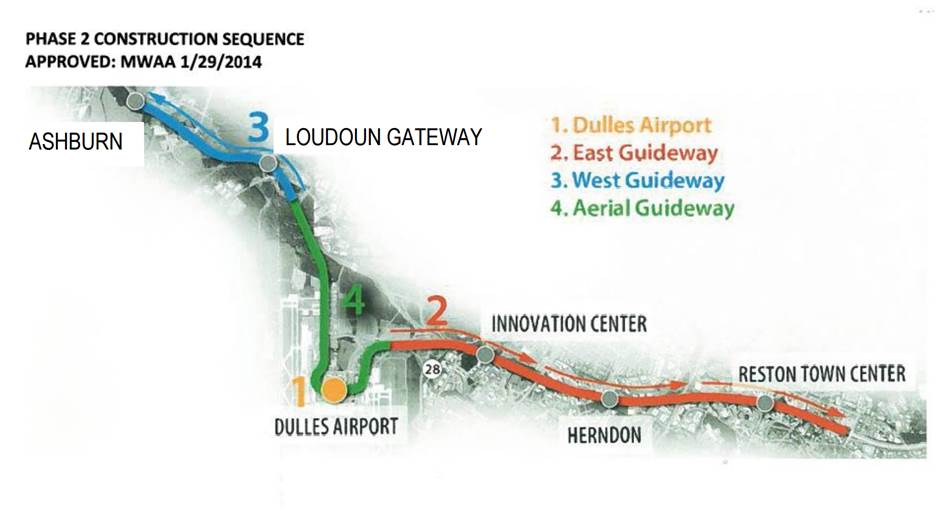 As Silver Line work ramps up, silver lining to delays? 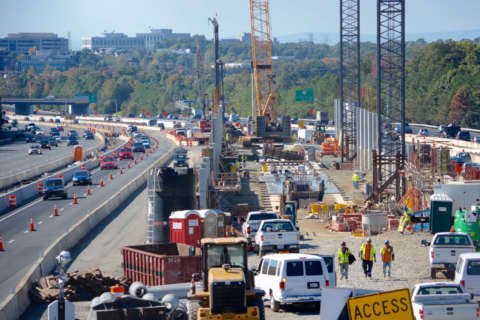 Some work from 1st stretch of Silver Line still not complete