The DC Circulator will not run buses to the stadium on match days as it did last year. The District, which owns and operates the buses, blames nearby construction projects.
Listen now to WTOP News WTOP.com | Alexa | Google Home | WTOP App | 103.5 FM

Some fans headed to Audi Field for D.C. United games may have to walk farther this season.

The DC Circulator will not run buses to the stadium on match days as it did last year. Instead, the Eastern Market to L’Enfant Plaza route will remain on its regular route along M Street, which is about half a mile away from Audi Field.

The previous route down Half Street SW, then around Nationals Park up 1st Street, SE is a problem this year due to the major South Capitol Street Bridge project.

Before the home opener March 3, the city-owned and operated system said it was still working with residents of Southwest D.C. to identify an alternative route for this season.

Ahead of this Saturday’s game against Real Salt Lake though, the new statement said the detour for games would be cancelled for the entire year.

“Due to the planned construction of the new Frederick Douglass Memorial Bridge, we are unable to provide special shuttle service to Audi Field during the 2019 Major League Soccer (MLS) season,” the service said in a statement.

The regular route will still have extended hours to continue running until 11 p.m. after night games.

All Circulator rides across the city are free through the end of March, and the system is starting summer hours next week.

Other bus routes also run down M Street, and the Waterfront and Navy Yard Metro stops are just a slightly longer walk for fans.

The only alternative that gets fans closer to the stadium will be Metrobus Route 74. It starts and ends at Half Street and O Street, SW — about two blocks away with other stops at Waterfront Metro, The Wharf, L’Enfant Plaza, Archives, Gallery Place-Chinatown and Mt. Vernon Square.

There is not much parking that close to the stadium for people who drive in, but D.C. United does operate a bike valet and promotes water taxi service. There is also a Capital Bikeshare dock nearby. 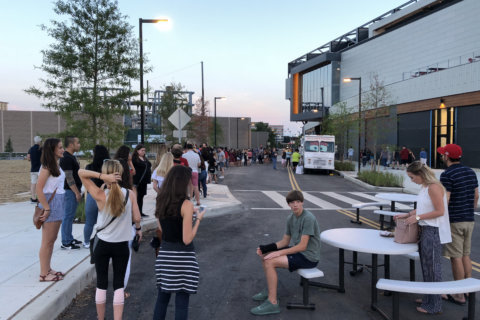 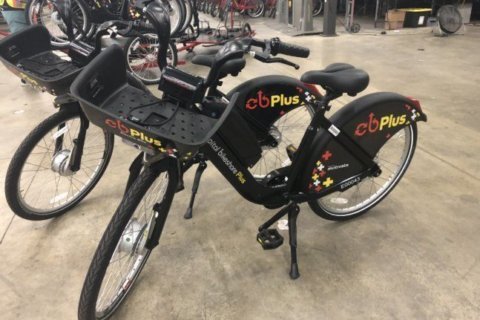 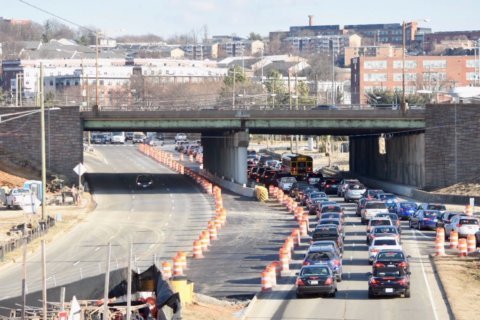