Construction begins at year’s end on the $441 million project, which will also rebuild the Suitland Parkway/Interstate 295 interchange.

“It is the largest construction project in the history of the District of Columbia,” Mayor Muriel Bowser said at a news conference near the Anacostia River. 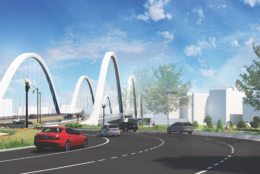 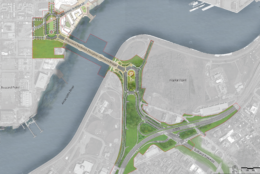 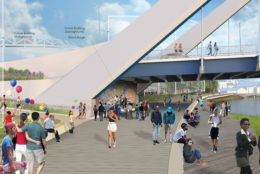 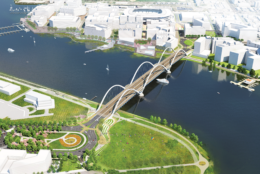 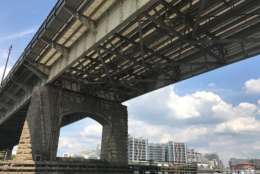 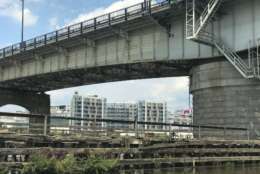 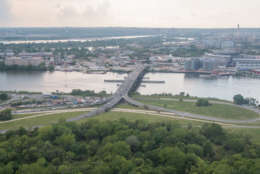 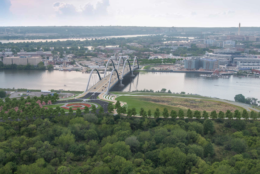 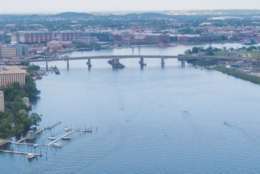 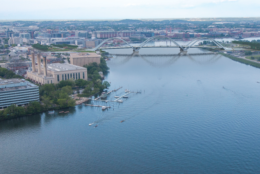 Share on Facebook. Share on Twitter. Share via email. Print.
The 68-year-old bridge’s replacement, years in the making, is scheduled to open in March 2021. Its design features four pedestrian overlooks, three above-deck arches and two piers that will appear to float in the river.

“When completed, this will be a tremendous structure and a fitting memorial for a remarkable American icon,” Bowser said.

The new bridge will be built roughly 100 feet away from the existing one. After its completion, the eight-month demolition begins on the old bridge, said District Department of Transportation Director Leif Dormsjo.

“The new bridge will simultaneously enhance the District’s transportation infrastructure, boost the local economy, and support the ongoing revitalization of the Anacostia Waterfront and development on both sides of the river,” Dormsjo said.

Also attending Thursday’s event were members of South Capitol Bridge Builders (which is among those working on the project) and congressional Del. Eleanor Holmes Norton.

“South Capitol Street is a vital gateway to the nation’s capital and a gateway to greater opportunities for D.C. neighborhoods east of the Anacostia River,” said Norton, who worked toward securing more than $200 million in federal funding for the project.

“As we prepare to commemorate the bicentennial of Fredrick Douglass’ birth next year, now is the perfect time to celebrate moving forward on this memorial bridge named in his honor,” she said.

The project is part of the 30-year, $10 billion Anacostia Waterfront Initiative Program. 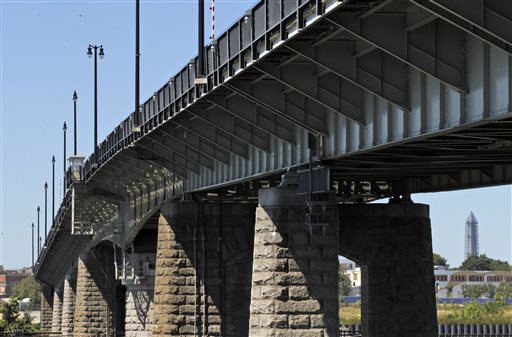