Injuries waiting to happen or a good time? Just how safe are dockless scooters?

A ride on a dockless electric scooter left a local 27-year-old rider hospitalized. And though the companies that make the scooters urge their riders to wear helmets, some health experts are seeing a rise in emergency room visits due to injuries while on the scooters.
Listen now to WTOP News WTOP.com | Alexa | Google Home | WTOP App | 103.5 FM
download audio
October 10, 2018 | Injuries on e-scooters (WTOP/Nick Iannelli)

WASHINGTON — When Andie Vaught rolled over a pothole while riding a Lime electric scooter, she had no idea what hit her.

The 27-year-old was zipping through a bike lane near 13th Street and Massachusetts Avenue in Northwest D.C. and went flying sideways into a utility truck before slamming down onto the road.

“It was a really jarring experience,” Vaught said. “I was really confused and shocked that suddenly, I was on the ground.”

After spending two days in the hospital, Vaught learned that her left ankle was dislocated and fractured, and her ACL was partially torn.

The accident happened in July, but she is still nowhere near 100 percent recovered.

“I have a plate and screws and a suture to hold everything in place,” Vaught said. “My left leg really took the brunt of the impact.”

Though Vaught’s injuries are serious, they are not unusual among riders who fall while using dockless electric scooters made by companies such as Lime, Bird and Skip. The scooters have two small wheels and can get up to around 15 mph.

According to the American College of Emergency Physicians, major cities across the country have reported increased traffic in emergency rooms due to fractures, dislocations and head injuries.

“These are really injuries waiting to happen,” said Dr. Robert Shesser, who chairs the Department of Emergency Medicine at George Washington University. “It would appear that they’re too fast for the sidewalk and too slow for the street.”

D.C. has seen a “large number of upper extremity injuries” since the scooters arrived in the city, according to Shesser.

In September, a 20-year-old Lime scooter rider died when he was hit and dragged by an SUV in the Dupont Circle area.

“Streets and sidewalks were not designed with these types of vehicles in mind,” Shesser said. “It certainly has a greater risk of injury than the bicycles that you can rent.”

Companies that make the scooters urge their riders to wear helmets. They also include basic safety instructions and advice on their apps and websites.

In a statement to WTOP, a spokesperson for Lime said, “All first time Lime riders are required to complete an in-app tutorial that provides guidelines on helmet safety, and we will continue to implement tools like this.”

But, many communities are still determining whether scooters are safe enough to remain on the streets.

“We’re working very closely with other cities to see what has worked and what hasn’t worked,” said Jeff Marootian, director of the District Department of Transportation. “We’ve taken a fairly incremental approach to allowing them to operate with a permit and, certainly, are continuing to evaluate.”

As D.C. leaders ponder the scooter safety question, Vaught has her answer.

She can’t see herself ever stepping on a scooter again.

“Our infrastructure really isn’t meant for the scooters, and they’re so new that people aren’t used to them,” Vaught said. “I’m not sure that the city really is prepared.” 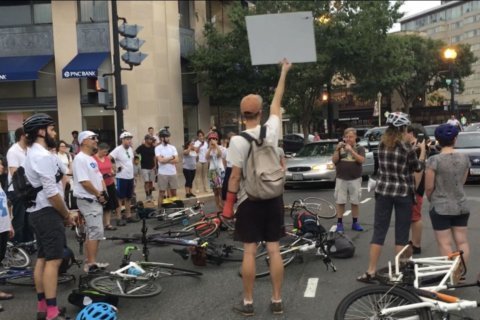 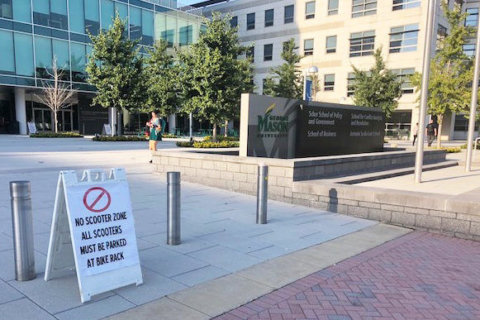 GMU declares a ‘No Scooter Zone’ at its Virginia Square campus 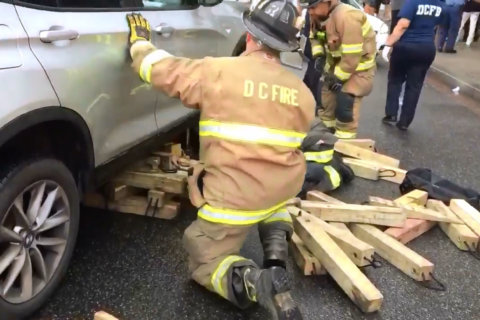