Police identify Fairfax Co. man as suspect in I-66 crash

WASHINGTON — A Springfield, Virginia, man is wanted for a hit-and-run crash on Interstate 66 near the Key Bridge that occurred early Sunday.

Around 4:35 a.m. Sunday, a U.S. Secret Service officer saw a red Chevy driving down the wrong side of I Street and onto K Street in Northwest D.C.

The officer tried and failed to stop Ebai before he continued driving westbound in the eastbound lanes of I-66. The officer stopped chasing Ebai, but saw him get into a head-on collision with a federal employee on the way to work, the Secret Service said in news release.

Ebai ran away from the crash. Arlington County police said a Fairfax County police helicopter was used during an aerial search for him, but he was not found.

A passenger from Ebai’s vehicle was taken to the hospital with injuries that were not life-threatening. The driver of the vehicle that was hit also did not have life-threatening injuries.

A map of where the crash happened can be seen below. 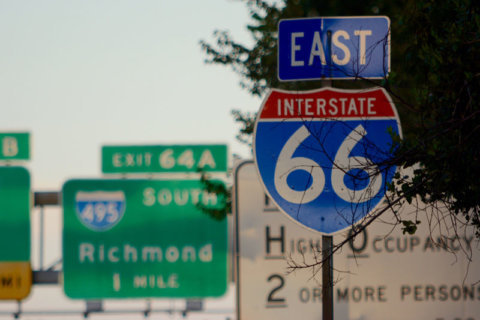