Planners behind an 11-mile bus rapid transit line from the Mark Center in Alexandria to the Spring Hill Metro station in Tysons are preparing to start an engineering study. The report will identify any property that might need to be taken for the project and provide a more detailed cost estimate.

WASHINGTON — A dedicated bus lane on Route 7 in Northern Virginia is moving forward.

An 11-mile bus rapid transit line is expected to run from the Mark Center in Alexandria to the Spring Hill Metro in Tysons with about 20 stops including the East Falls Church Metro station.

The Northern Virginia Transportation Commission is just starting an engineering study for the project, which marks the third phase of work.

Earlier phases identified bus-only lanes as the best option for the corridor and projected the faster trips could draw 9,500 new transit riders each day. That study rejected an idea of running the line to the King Street Metro in Alexandria due to costs and potential opposition even though it would have added even more riders.

In the new phase, a team expects to identify any property that might need to be taken for the project, get a better idea of expected costs, work out whether and how the project could be implemented in phases and identify any potential concerns.

“As development occurs along Route 7, including Mark Center, Seven Corners, City of Falls Church, and Tysons, the Envision Route 7 Phase III Conceptual Engineering Study covers a critical step by identifying right of way concerns for advancing a BRT along Route 7,” briefing documents about this study said.

Identifying where the bus lanes might require further widening Route 7 is meant to help developers and local governments factor that in to new construction plans.

A contract for this study is expected to be awarded early next month. It is due to be completed by June 30, 2019.

More studies will be needed later to break down traffic impacts and for environmental reviews, so operational bus lanes remain many years away.

Virginia is planning to add other bus lanes along Route 1 in Fairfax County.

Metroway already runs in its own lanes in Arlington and Alexandria and Montgomery County is planning a narrower use of bus lanes along U.S. 29 in Maryland. 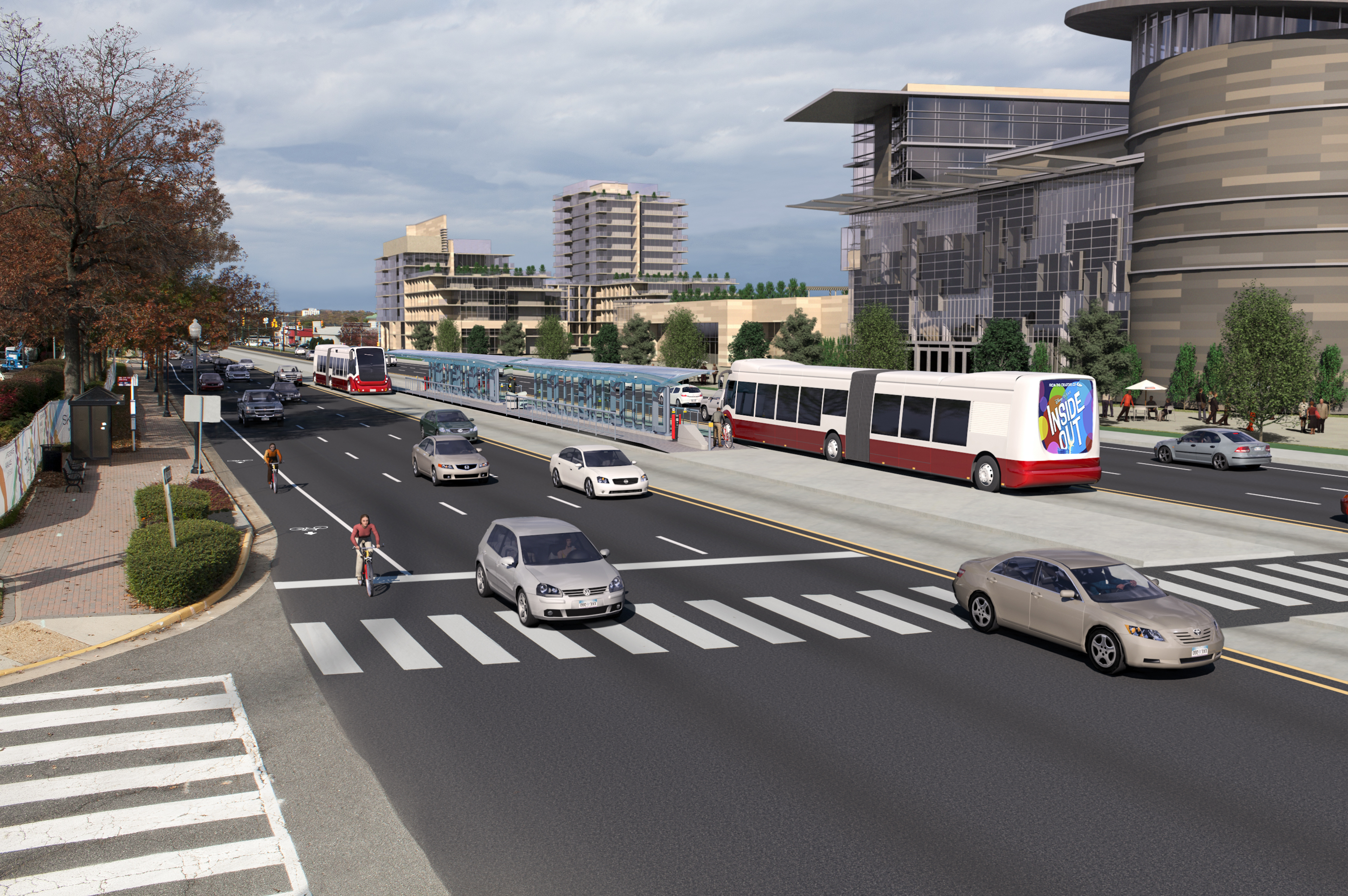 To help ease Va. 7 congestion, a plan for bus-only lanes 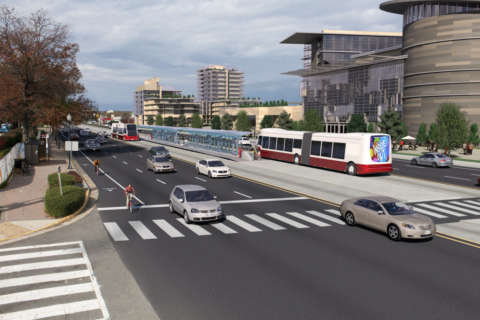 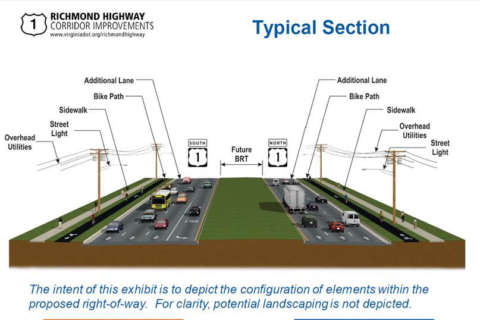