The lanes will speed up some trips between Arlington and Alexandria, require some changes for commuter buses, and cost drivers who ignore the new rules a $200 ticket.
Listen now to WTOP News WTOP.com | Alexa | Google Home | WTOP App | 103.5 FM

ARLINGTON, Va. — New bus-only lanes that opened Sunday will speed up some trips along the U.S. 1/Jefferson Davis Highway corridor between Arlington and Alexandria, that require some changes for commuter buses, and that mean drivers need to pay attention to new rules to avoid a $200 ticket.

A ribbon cutting Sunday officially opens Arlington’s three-quarters of a mile of dedicated lanes built alongside U.S. 1 in the Potomac Yard area, and 1 1/2 miles of rush-hour bus lanes along Glebe Road, Crystal Drive and Clark Street.

Metroway bus service, which began when Alexandria’s portion of the bus-only lanes opened in August 2014, will now run the length of the corridor from Braddock Road Metro to Potomac Yard, Crystal City Metro, Pentagon City Metro and back, completing the region’s only bus rapid transit system.

“We’ve looked very carefully at street traffic operations in this whole corridor and feel that this will also provide some additional reliability for drivers as well as transit users. For example, in Potomac Yard, we’re taking all of the Metroway buses off existing traffic lanes and moving them into their own dedicated facility,” he adds.

Montgomery County is planning to build similar lines, and there is also a recommendation to bring some bus-only lanes to Va. 7 through Alexandria, Falls Church and Fairfax County.

In Arlington, a large stretch of the lanes will only be bus-only during rush hour. The rules in those lanes on northbound Crystal Drive and southbound S. Clark Street and Bell Street will apply weekdays between 6 a.m. and 9 a.m. and 3:30 p.m. and 7 p.m.

Cars or other buses that are not allowed to use the lanes are permitted to enter at a dashed line to make a right turn at the next corner or driveway. Drivers can turn out of a driveway into the bus lane if it is safe and then quickly merge into the regular traffic lane.

“This is new in Virginia, we don’t have a facility quite like this anywhere else,” Leach says. He calls it the largest commitment to improving bus service in the region, and a key to giving people “viable, attractive travel options”.

The lanes are marked with diamonds on the pavement similar to what drivers often see in HOV lanes, and overhead signs indicating the times the rules apply and the lanes cars are not allowed to use. Outside of the rush-hour times, the lanes are open to all traffic.

People riding bikes are allowed to use the rush-hour lanes in spots where there are no dedicated bike lanes.

The completely new 24/7 bus-only lanes along U.S. 1 from Potomac Yard to 26th Street are never open to cars, bikes or trucks. Those lanes are separated from the road by a curb.

Arlington plans to start with a 30-day warning period for drivers before tickets are issued to violators.

Leach says Arlington will evaluate how the lanes and new transit station stops work over the next year using traffic cameras, bus GPS data, other traffic flow tools and public feedback. The county could make adjustments like adding additional signs to clarify the rules if there are any issues.

Metro bus routes and Arlington ART buses are allowed to use the new bus-only lanes, but other buses are not.

The changes mean Loudoun County Transit buses will now stop at the Pentagon first in the morning and then continue to Crystal City rather than the other way around, and some stops have moved.

Shuttles for VRE riders who get off at Crystal City are scheduled to move Monday to bus bays underneath U.S. 1.

Fairfax Connector Route 599 stops are shifting as well for trips to and from Reston.

Arlington County says the slug line at 1200 Crystal Drive should not be impacted by the bus lanes, and a list of frequently asked questions reminds drivers that sluggers, taxis and other vehicles cannot use the bus-only lanes either. 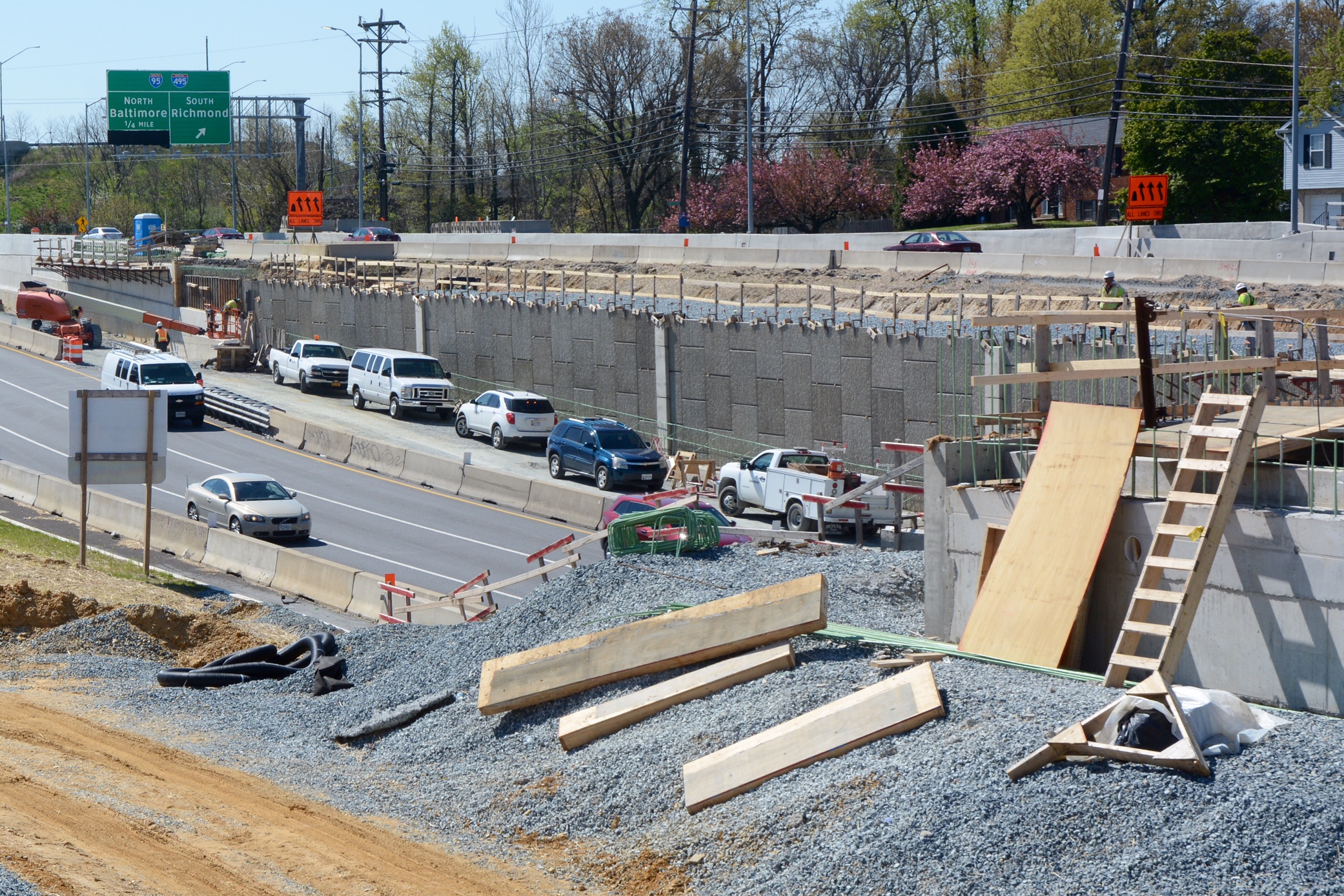