WASHINGTON — State highway officials are moving forward with a plan to widen the last stretch of U.S. Route 1 near the Capital Beltway that is still four lanes into a six-lane “superstreet.”

At a meeting Wednesday night at Mount Vernon High School, the Virginia Department of Transportation will present the latest designs for widening about three miles of Richmond Highway between Jeff Todd Way and Napper Road as Fairfax County, Virginia, looks to boost development.

VDOT, Fairfax County and others involved in the project have been revising intersection options at Sacramento Drive and Buckman Road/Mount Vernon Highway, among other ideas.

The $215 million widening, which is expected to start in 2023 and finish by early 2026, would include bus lanes down the middle of the road, new bike lanes and sidewalks. The process to buy land needed for the widening could start next year.

Last month, the county approved the Embark Richmond Highway Comprehensive Plan Amendment, which backs special lanes for bus rapid transit extending south from the Huntington Metro station eventually all the way to Fort Belvoir, a major increase in dense development around the stations, and possibly a Yellow Line Metro extension to Hybla Valley in the very long term.

The first 3.1-mile bus rapid transit stretch is expected to be from Huntington to Hybla Valley around 2022, before all nine stations on the 8.6-mile stretch between Huntington and Fort Belvoir open around 2028. In all, the BRT project is expected to cost about $524 million.

There are loose plans for an extension later from Fort Belvoir to Woodbridge.

Preliminary designs are scheduled to be completed by the end of 2019. In addition to environmental reviews, Fairfax County is trying to come up with a name for the BRT system.

Both the BRT and the road widening require significant additional money that has not yet been allocated to them. Fairfax County is hoping to win a significant amount of federal grants for the BRT project, but county Supervisor Dan Storck is concerned that regional money expected to support the projects could be cut if changes are not made to the Metro funding bill passed in Richmond March 10.

Under that bill, local transportation money would be diverted to fund Metro.

Gov. Ralph Northam has promised to send amendments to the bill back to the General Assembly to consider at the reconvened session April 18, but he has so far declined to say what those specific changes will be.

Northam suggested to WTOP the changes could include tax increases that were approved this winter by the state Senate but rejected by the House of Delegates. 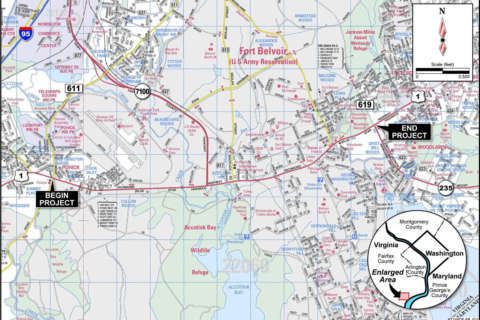 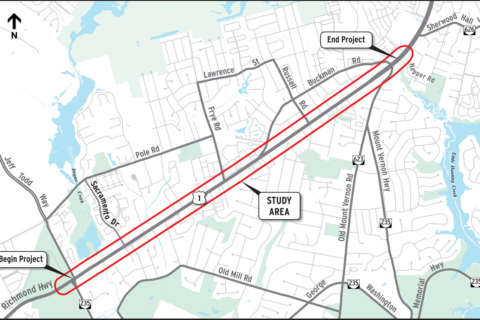