BETHESDA, Md. – “Safety Trumps Service” was the predominant message at an unprecedented meeting of every manager who works for the Washington Metropolitan Transit Authority Tuesday.

General Manager Paul Wiedefeld, who took the helm of the troubled transit system last fall, introduced himself to the managers and shared his vision and priorities for the system. He challenged the more than 650 managers to implement his vision with the help of front line workers.

“Their job is not just to do what they do technically, it’s to manage the people and to get them to understand what we’re trying to do,” Wiedefeld said after the meeting.

As hundreds of Metro managers filed out of the Strathmore Concert Hall, where the massive meeting was held, many were smiling and chatting amicably.

“There’s a lot of respect for the leadership — a lot of unity,” said Christian Kent, a Metro Access manager.

“You look around the room and you see everyone in leadership in one place, everyone on the same page saying the same thing, unified behind one message — that’s very positive. It felt good for all of us,” Kent said.

The meeting comes just days after electrical problems and a debris fire at the Federal Center SW Station closed the station and surrounding track for hours at the height of the evening rush. Metro has been criticized for not taking the damaged track out of service sooner.

Themes of safety and accountability ruled the day. To give those gathered for the meeting an easy way to remember that — Wiedefeld shared with them a story of how he came up with the “Alice Rule,” named for his daughter.

“I asked the people who were running the light rail — I said ‘would you put your daughter on this?’ And they said ‘no’,” Wiedefeld recalled.

Wiedefeld said the potential for dismissals was also discussed at the meeting.

“They know where I’m coming from and I’ve laid out very specifically the types of things I’m expecting. And if they can manage to that level fine. And if they can’t, then it’s probably just not a good fit,” Wiedfeld said.

Wiedefeld hopes to accelerate work to improve the system’s reliability with the launch of a yearlong maintenance plan.

Portions of the system will experience weekslong service reductions or entire shutdowns in order to rehabilitate the tracks and equipment that run the trains.

Some of the more dramatic impacts include: 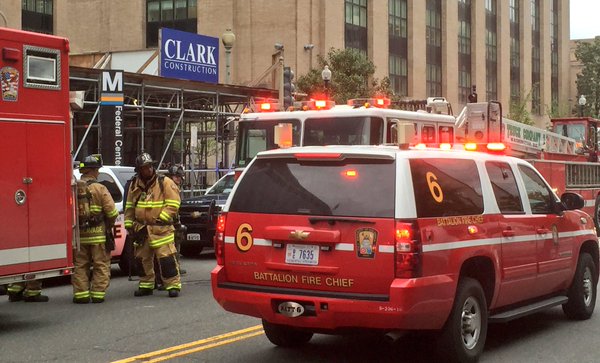