Commuters along Route 7 could see the end of a years-old bottleneck soon, but it would come at the expense of the only state funding for a major new road project in Loudoun County.
Listen now to WTOP News WTOP.com | Alexa | Google Home | WTOP App | 103.5 FM

WASHINGTON — Commuters along Va. Route 7 could see the end of a years-old bottleneck soon, but it would come at the expense of the only state money for a major new road project in Loudoun County.

Proposed refinements to Virginia’s transportation funding plan would reallocate $43 million to help fully finance plans to widen Va. 7 from four lanes to six lanes for the stretch between Tysons and the Great Falls/Herndon area — just over seven miles. The money was originally proposed for construction of a new stretch of Northstar Boulevard between Brambleton and U.S. 50.

“There’s currently a gap on Route 7 where it’s six lanes up to Tysons Corner; it’s then four lanes for about eight or so miles through Fairfax County, and then it’s six lanes through Loudoun, and by funding both these phases together it would allow you to fully fill in that hourglass at a single time and also hopefully minimize driver inconvenience,” he told the Commonwealth Transportation Board Tuesday.

Doing both phases of the widening at once is also projected to save about $20 million, and Fairfax County staff have suggested that the county could contribute up to $10 million if bids come in higher than expected.

The CTB members and Donohue expect Northstar Boulevard’s extension will still move forward in the next few years, since it scored highly for funding this year. While they expect it will get money next year that would allow construction to begin as soon as 2018, they cannot guarantee it.

Northstar Boulevard is part of a larger planned corridor that includes the controversial Bi-County Parkway to eventually provide a north-south connection from Interstate 95 using the Prince William Parkway to the area of Interstate 66, then on to U.S. 50, the Dulles Greenway and Va. 7.

“There’s no doubt that both these projects are needed, but if we compare the immediate congestion mitigation value of Route 7 to Northstar, it’s very much apples and oranges,” said board member Scott Kasprowicz, of Middleburg.

“To do a piece of [Route 7 widening] and leave an hourglass in the middle, I think, would create a traffic nightmare in Northern Virginia. There’s no question if we go from six to four to six [lanes] we’re going to have a problem that doesn’t have a near-term solution [since] we don’t know when we’ll fund the second phase,” he said in support of the change.

While Northern Virginia District board member Gary Garczynski largely agreed, he worried about taking money away from the only large project physically located in the fast-growing area that qualified for funding under the state’s main project ranking system.

“It would be essentially taking the only dollars that they were awarded through the H.B. 2 process away from them, with the hope that next year Northstar could be funded,” he said.

The Loudoun County Board of Supervisors could take an official position on the issue at its regularly scheduled meeting Thursday.

The Commonwealth Transportation Board votes Wednesday on overall guidance to put the finishing touches on the spending plan that will come before the board for a final vote in June. 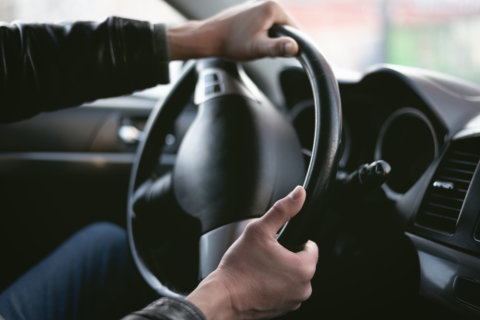 DUI deaths, injuries down in DC area, but drunken-driving crashes, arrests up