The Stafford County Sheriff's Office says a Woodbridge man who fell through the ceiling of a Garrisonville gym and into a women's locker room had accessed the ceiling five times in January.
Listen now to WTOP News WTOP.com | Alexa | Google Home | WTOP App | 103.5 FM

The Stafford County Sheriff’s Office says a Woodbridge man who fell through the ceiling of a Garrisonville gym and into a women’s locker room had accessed the ceiling five times in January.

Brian Joe, 41, of Woodbridge, has been indicted on 15 charges of peeping and four counts of breaking and entering, the sheriff’s office said in a statement.

Joe was originally arrested Jan. 30 after falling through the ceiling of Onelife Fitness on Garrisonville Road. A Stafford grand jury handed down the additional indictments earlier this month.

The sheriff’s office alleges Joe used a single-stall bathroom to access the ceiling above the women’s locker room on five dates in January.

“Security footage indicates the time lapse between Joe entering and exiting the single-stall bathroom to be at least an hour on four of these days,” the release said. “On the day of his arrest, Joe entered the bathroom at 10:31 a.m. and fell through the ceiling of the women’s locker room at 1:14 p.m. Equipment [that] Joe used to view the victims in the locker room was found inside the ceiling above.”

Joe fell about 10 feet and was cornered by gym patrons until law enforcement arrived.

Security footage shows multiple women entering the locker room during the dates and times Joe is suspected of being in the ceiling, the release said.

Joe remains at the Rappahannock Regional Jail, where he is being held without bond. 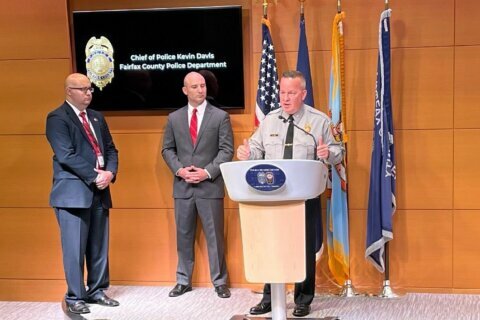 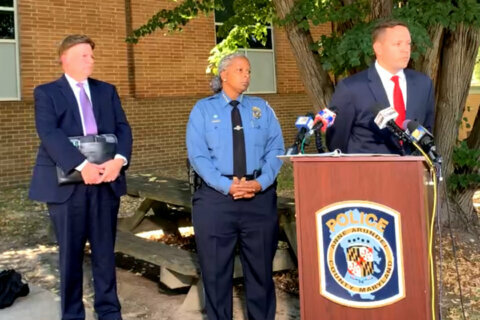