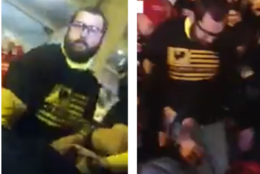 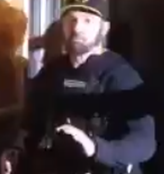 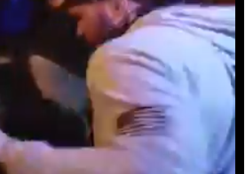 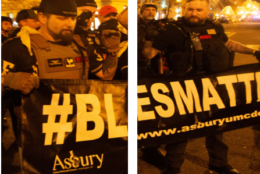 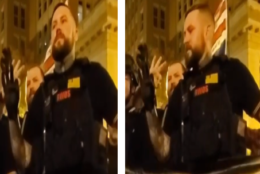 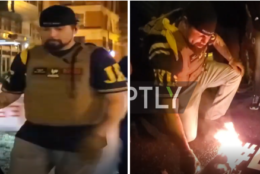 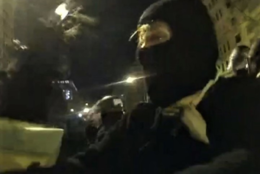 Thirty-three arrests were reported in connection with Saturday’s so-called “Stop the Steal” and “Million MAGA March” events. The more serious of the arrests involved a multiple stabbing, and four churches were also vandalized, authorities said.

Photos of some of the suspects in the weekend’s melee were released by police Monday morning.

Black Lives Matter D.C. singled out District police for aiding and protecting hate groups like the Proud Boys that turned out Saturday. During a news conference Monday afternoon, outgoing Chief Peter Newsham said officers’ intention was just “to prevent folks from getting hurt.”

“It’s very difficult when a confrontation like that occurs to determine who’s on what side,” said Newsham, who estimated the Proud Boys outnumbered “anti-Trump groups” by a ratio of 6 or 7 to 1.

As for Mayor Muriel Bowser, she declined to discuss “tactics” and instead focused on a larger issue.

“What we really need to be talking about is how, as a country, we are allowing people — Proud Boys to pundits to members of Congress — to continue to speak against a fair election,” she said.

“That’s what it is, this is a symptom. This is a symptom of this hateful rhetoric, anti-science noise, and people who refuse to accept the results of a fair American election.”

“I don’t think I have to say this, but whenever anyone attacks our places of worship, I think it’s unsettling for all of us,” Newsham said.

D.C. police have released photos of the people involved with that property damage at Asbury. (Those suspects are also shown in the above gallery.) Many are clad in the familiar black-and-yellow clothing favored by the Proud Boys.

This follows Saturday’s arrest of Phillip Johnson of Northeast D.C. He’s accused of assault with a dangerous weapon, after the stabbing in the 500 block of 11th Street Northwest around 9 p.m. Four people were wounded in that incident, including a police officer.

D.C. police have posted images of others involved in that fight, as well as an image of a person who assaulted an officer around 7 p.m. in the 1600 block of K Street Northwest. (See the gallery above.)