A woman was shot and killed early Thursday during an armed robbery at a Waldorf, Maryland, 7-Eleven in what authorities say is a "rare" act of violence.
Listen now to WTOP News WTOP.com | Alexa | Google Home | WTOP App | 103.5 FM

A woman was shot and killed early Thursday during an armed robbery at a Waldorf, Maryland, 7-Eleven in what authorities say is a “rare” act of violence.

The shooting happened shortly before 1 a.m. at the convenience store at 3370 Middletown Rd., near Smallwood Drive West.

Police say Linda Marie Maher, 49, of White Plains, died from her injuries at the store.

Cpl. Diane Richardson, with the Charles County Sheriff’s Office, said a man entered the store, asked Maher for money, then shot and killed her and left with the cash.

Richardson said it was unclear whether there was a car nearby or whether anyone else was involved in the shooting.

“This is an extremely rare occasion. We simply don’t see acts of violence like this,” Richardson said, adding that the woman who was killed was “well loved.”

She said there were other people in the store at the time. They stayed and have been cooperating with police.

Investigators are reviewing surveillance footage and hope to release something soon that will help identify the suspect.

Police describe the suspect as a Black male, between 5-foot-7 and 5-foot-10 with a slender build. He was wearing a white facemask, a dark-hooded sweatshirt, jeans and dark tennis shoes.

Charles County Crime Solvers is offering a cash reward of $2,500 and 7-Eleven are offering $10,000 for information that leads to an arrest and conviction. You can call Crime Solvers at 1-866-411-TIPS.

Below is a map of where the convenience store is located:

WTOP’s Colleen Kelleher and Will Vitka contributed to this story.

Girl, 14, shot and killed on porch in Baltimore 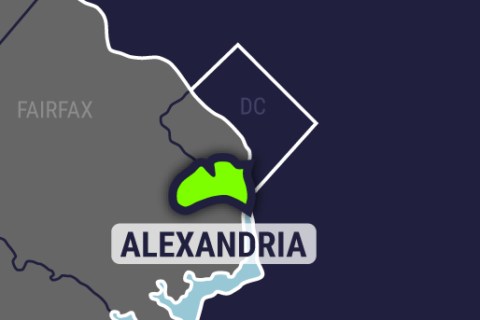 Worker in children’s programs accused of sexual assault in Alexandria