Hundreds of National Guard troops who were sent to D.C. to protect the U.S. Capitol during the presidential inauguration “will be immediately reassigned to help plan, build and launch these mass vaccination sites,” Hogan said during a news conference Tuesday afternoon.

Work at the Six Flags site has already begun, and it will open by Feb. 5, Hogan pledged.

The move to stand up mass vaccination sites comes amid a serious shortage of COVID-19 vaccine doses in Maryland and across the U.S. crossed with sky-high demand, which has led to frustration and confusion, long waiting lists and canceled appointments.

Hogan acknowledged the plans for mass vaccination sites are dependent on the federal government increasing the supply of vaccine doses provided to the state and “serious shortages” persist, he said.

As it stands now, Maryland is only receiving about 70,000 vaccine doses a week from the federal government and has distributed a total of nearly 397,000 doses.

Meanwhile, the state estimates there are currently 2 million Marylanders eligible for vaccines under the first few phases of its vaccine rollout, which includes health care workers, and people age 65 and older, and 4 million people total in the entire first phase of the vaccine rollout plan.

“So it goes without saying it is simply an impossibility for all of them to immediately receive the vaccine,” Hogan said.

The extremely limited supply from the federal government remains the largest obstacle in the state’s vaccination effort, Hogan said, and though President Joe Biden’s administration has pledged to speed up production of the two authorized vaccines, the “plain truth” is that demand will continue to outstrip the available supply at least in the short term.

In the absence of significantly more doses from the federal government, Hogan said his administration is taking steps to at least broaden vaccination access, aiming to provide “more points of access to the vaccine” through opening up public clinics at hospitals and retail pharmacies.

The state is now providing vaccine doses to 22 Giant Pharmacy locations across Maryland, including four each in Montgomery and Prince George’s counties.

Next week, doses will be provided to 16 Safeway and Rite Aid pharmacies next week, the governor added, and Rite Aid is set to launch mobile clinics that will travel to underserved areas.

Hogan promoted the various deals with private-sector companies as building out the state’s vaccine infrastructure and giving Marylanders more options for accessing the vaccines.

“As soon as the state receives higher allocations from the federal government, our infrastructure will already be in place, and we will be able to quickly expand well beyond these pilot programs to include much higher volumes, more and more pharmacies, and many more locations across the state,” Hogan said.

However, some local leaders have criticized the proliferation of locations offering COVID-19 vaccinations as too spread out and difficult to access.

During a Montgomery County Council hearing Tuesday morning, county Council member Gabe Albornoz said that because of the lack of a centralized system, “We now have what feels like the wild, wild West,” in terms of vaccine distribution.

Hogan and Maryland’s acting health secretary, Dennis Schrader, also said the state is updating and expanding a state website for Marylanders to find and schedule vaccine appointments near them. The current version of the site has been criticized by residents and county leaders, in part, because it allowed Marylanders to schedule vaccine appointments in counties in which they do not live.

Though there is no state rule limiting people to receiving vaccines only in their home county, given the tight supply, clinics run by county health departments are allowed to restrict appointments to residents only. Earlier this week, Prince George’s County Executive Angela Alsobrooks announced the county was canceling vaccine appointments made by nonresidents.

Of the vaccine appointment website, Schrader said, “We are committed to changing that and building something more robust, and (work) is going on as we speak.”

At the news conference Tuesday, Hogan also announced that starting Feb. 1, the state is expanding vaccine eligibility rules, allowing people who are severely immunocompromised — such as cancer patients in active treatment — to sign up for vaccine appointments through the hospitals where they are receiving treatment.

“I’ve always been the guy who tells it like it is and the truth is that this is not going to magically get better overnight,” the governor said. “This is going to be much, much harder. So I ask all Marylanders, as difficult as it is, to please be patient.”

After the governor’s news conference, Hogan took part in a call with Biden administration officials, at which it was announced the administration would provide an approximately 17% boost in vaccine doses to states over the next three weeks.

Following that call, Hogan released a statement reading: “We appreciate the administration stating that it will provide states with slightly higher allocations for the next few weeks, but we are going to need much more supply. We are prepared to distribute and administer any possible supply the federal government can offer, and I urge President Biden to take every imaginable step within his power to ramp up production without delay.” 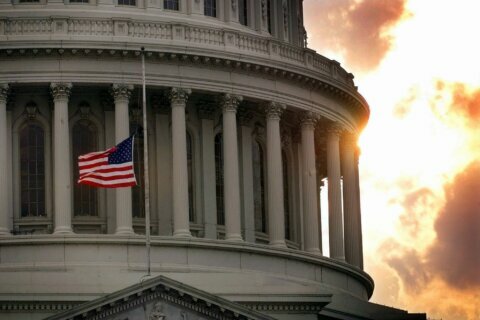 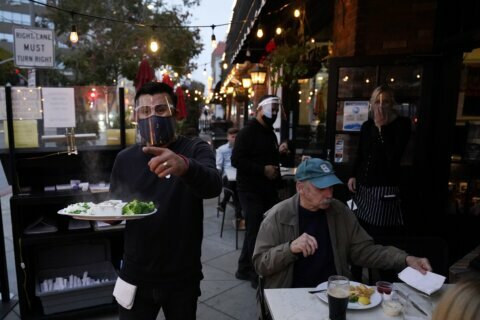 States pass their own virus aid, not waiting on Washington 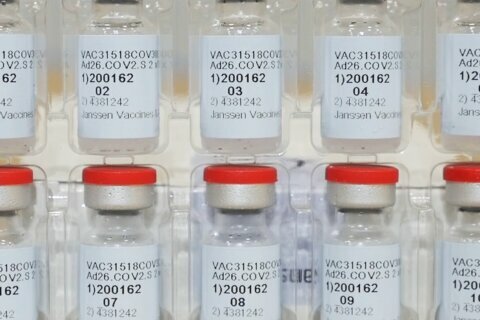