As the U.S. marks the deaths of more than 400,000 Americans from COVID-19, the U.K. variant has been detected in at least 20 states. Health officials are trying to stay ahead of the virus by vaccinating as many people as possible — but it hasn’t been easy.

The U.K. variant appears to be 50% more contagious than other strains. Dr. Michael Osterholm, a member of President-elect Joe Biden’s COVID-19 Advisory Board, told CBS News that it’s not yet clear how vaccines will work with new mutations of the virus.

“At this point we have a concern that the vaccines may be challenged, meaning they may have reduced capability of preventing disease,” Osterholm said.

The presence of the new strains makes vaccination even more critical. And now, the nation’s most populous city has serious issues with its vaccine supply. New York City Mayor Bill de Blasio said Tuesday, “At the rate we are going, we will begin to run out on Thursday,” adding, “We will have literally nothing left to give as of Friday.”

The vaccine rollout is in full swing in Michigan. In Lansing, Sparrow Health System opened two bays at an old Sears Center that was previously used for oil changes to administer the vaccine. Cars are lined up for as far as the eye can see.

But there’s still a scramble to get the vaccine to underserved rural communities. Twice a week, Dr. Richard Bates loads a cooler filled with the Pfizer vaccine for a two and a half-hour drive to a small-town clinic.

“It was important for us that every community felt connected and felt that they weren’t left out,” Bates told CBS News. 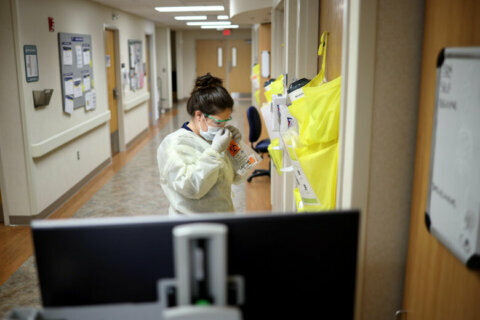