After more than a month in a Baltimore hospital, a Howard County, Maryland man is celebrating his recovery from the coronavirus.
Listen now to WTOP News WTOP.com | Alexa | Google Home | WTOP App | 103.5 FM
(1/3) 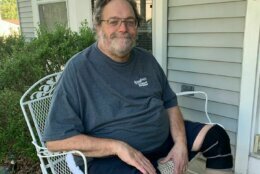 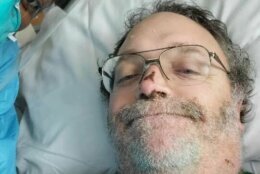 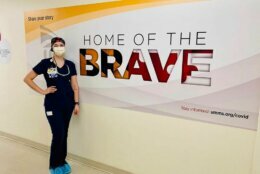 After more than a month in a Baltimore hospital, a Howard County, Maryland, man is celebrating his recovery from the coronavirus.

On May 17, Steve Nicewarner, 57, of Elkridge, developed a fever. The next day, he went to his family doctor and found out that he had COVID-19

The news was not a surprise since both of Nicewarner’s daughters had already tested positive for the coronavirus.

As the illness progressed, Nicewarner said he put off going to the hospital until he could not any more. He was taken to the hospital on May 24, as his condition worsened, according to a University of Maryland Medical System news release.

“My fear was I’m going to go into the hospital, and I am not coming back out,” Nicewarner said.

Nicewarner does not remember much of his hospital stay, but his family remembers those days well.

Within an hour, he went from a room in the hospital’s COVID-19 wing to the intensive care unit.

“We didn’t have eyes on him, so that was scary,” Cindy Nicewarner said.

Because of coronavirus restrictions, Steve Nicewarner did not have his family by his side. Not even one of his daughters, who is an emergency room nurse at the same hospital where he was admitted.

“The hardest part for us was knowing that he would be waking up, and the sedation would be wearing off, and he would realize where he was, and then no familiar faces,” Cindy Nicewarner said.

However, Steve Nicewarner’s nurses were able to set up a video conference for the family so they could talk to and see him.

“Luckily, like a lot of our other patients and the majority of our other patients with COVID-19, even those that are the sickest and most critically ill, he was able to ultimately do well and go home with his family after a few weeks of hospital care,” said Dr. Peter Olivieri, a pulmonary and critical care physician who helped care for him.

After 31 days in the hospital, Nicewarner was given the green light to go home.

As he was wheeled out of the hospital, he was greeted by his family, who had not seen him since being dropped off at the ER.

His family played Journey’s “Don’t Stop Believing,” something they promised they would do for him since he didn’t remember the hospital playing it for him as he left the ICU.

“When they came around that corner pushing his wheelchair, it was like, oh my gosh, it was very emotional,” Cindy Nicewarner said.

Steve Nicewarner is still working to regain strength in his arms and legs. He is also waiting to regain his ability to taste food, something he said he lost from the illness. He also must quarantine at home because he still tests positive for the disease.

The father and husband said he is happy to be home with his loved ones and sleeping in his bed.

Even though both their daughters tested positive for the coronavirus, Cindy Nicewarner said she never came down with the illness. She believes that could be a result of a University of Maryland study of the drug hydroxychloroquine, which she took part in early on after her husband was admitted.

Hydroxychloroquine is a malaria drug that is being studied as a potential COVID-19 treatment.

Results published by the New England Journal of Medicine last month showed that hydroxychloroquine was no better than placebo pills at preventing illness from the coronavirus. However, a study by a team at the Henry Ford Health System in Southeast Michigan claimed that its study of 2,541 hospitalized patients found that those given hydroxychloroquine were much less likely to die, CNN reported.

The University of Maryland Medical System said Steve Nicewarner was the 1,000th COVID-19 positive patient to go home from the system’s hospitals.

The Nicewarner family said they are thankful for the care Steve Nicewarner received at the hospital. He said this was the second medical condition in two years that nearly claimed his life, and that has him wanting to get the answer to a question.

“I’m trying to figure out what God’s plan is for me because he has something in mind because he keeps leaving me on the Earth,” Steve Nicewarner said. 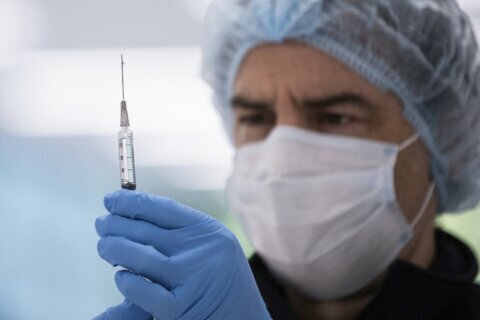