Researchers from the Johns Hopkins Bloomberg School of Health discussed Thursday the need for an increase in contact tracers nationwide if states are to reopen safely in the wake of the COVID-19 pandemic.

Emily Gurley and Crystal Watson said that as states look for their paths to reopening, contact tracing has to play a vital role in making sure a second wave of infections does not occur just as areas begin to recover.

According to the researchers, contact tracing is a tool used by the medical community to track and contain the spread of an infectious disease.

Contact tracers are people who are trained in reaching out to those who have been confirmed as having an infectious disease. They then work with the patient to ensure they are getting proper treatment and are limiting their contact with other people.

Contact tracers then work through all of the people that the infected person has had recent contact with so that they can be notified and told to self-isolate.

Watson said that the U.S. needs an estimated 100,000 contact tracers to safely transition back to normal life.

Before the pandemic, there were around 2,200 people employed as contact tracers.

Because there is such a wide discrepancy between the needed number of contact tracers and the number of people actually doing the work, Johns Hopkins has helped to assemble a training program for contact tracers.

According to Gurley, the program will have to vary from region to region in order to better fit the resources and layout of the area. For example, the job of a contact tracer in rural Nebraska will look a lot different than one in New York City.

The training program is designed to teach people who have no background in public health to effectively track the disease. The generalized training could need as little as four to five hours, but the on-the-job training and specifics of an area could take up to a day.

The contact tracers would come from the communities they would be working in. The researchers stressed that the role of a contact tracer is one of building relationships with patients and contacts of patients, so strong interpersonal skills are required.

“For them to be effective, they have to be good at talking to people, at gaining their trust,” Gurley said. “Ultimately, these programs are going to be successful if the communities feel like they are being supported and if people know this is all about their well-being.”

In Maryland, there were already some 250 contact tracers in the state’s Department of Health and at local health departments. Last week, Gov. Larry Hogan announced plans to significantly increase the number of workers who perform contact tracing with the help of polling and research firm NORC.

D.C. Health had a team of about 65 contact tracers; Mayor Muriel Bowser announced plans last week to hire hundreds more. Ultimately, a team of about 900 is needed for D.C. to move to ease social distancing measures under Phase One of the federal recovery guidelines.

A recent survey from NPR shows that a number of states have ramped up efforts to employ contact tracers already, with others following behind. If the states meet their current hiring goals, there will be over 30,000 trained contact tracers nationwide.

Watson stressed that the role of contact tracing becomes particularly important as states begin to get their daily infection rates under control and move toward the second phase of the CDC’s phased opening plan. Many states have yet to meet the threshold for entering Phase One.

“I would note that we’re optimistic — we’re going to have treatments for COVID-19 soon, and this would be another way to link people up with treatments when they become available and another service that contact tracing can provide,” Gurley said.

WTOP’s Jack Moore and Rick Massimo contributed to this report.

Editors note: This story has been updated to clarify that the Johns Hopkins speakers have doctorates and are not medical doctors. 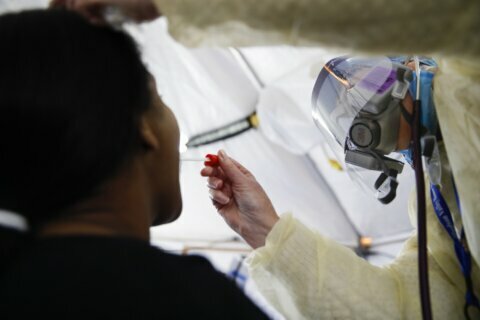 ‘Unprecedented:’ Seeking an army to trace virus in New York 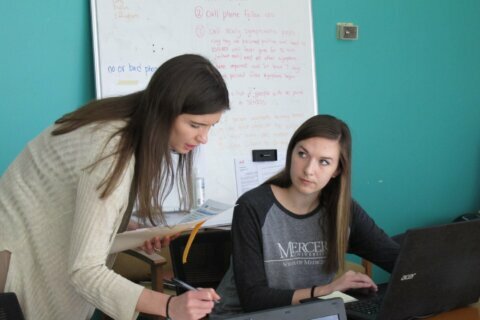 Many states fall short of mandate to track virus exposure 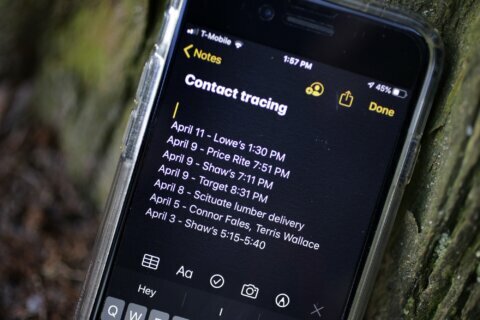