More people believe coronavirus "is a real threat," but fewer are following daily news about COVID-19, as trust in government and media continues to decline. Only 28% of respondents in the Heart+Mind Strategies poll said they trust the federal government and fewer than one-third said they trust media sources.
Listen now to WTOP News WTOP.com | Alexa | Google Home | WTOP App | 103.5 FM
(1/7) 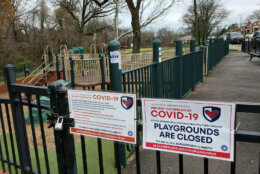 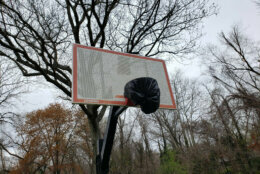 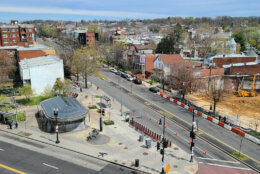 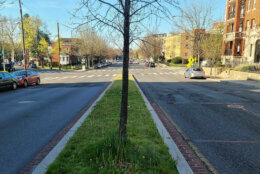 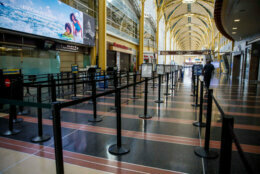 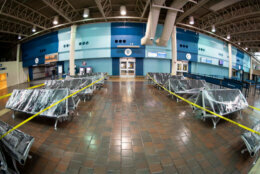 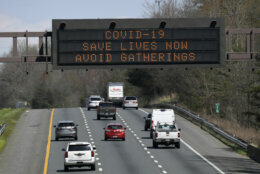 More people believe coronavirus “is a real threat,” but fewer are following daily news about COVID-19, as trust in government and media continues to decline.

A national online poll of 1,006 interviewees, produced by Heart+Mind Strategies for WTOP between March 25 and March 26, showed a growing number of people believe the coronavirus “is a real threat, rather than overblown,” said Erin Norman, senior solutions consultant with the polling firm.

“Over three-quarters of Americans are following news about the coronavirus, (77%) and that’s actually down four points from last week (81%),” Norman said. There was an even sharper decline among people 18 to 22.

Of the youngest Americans polled — Generation Z: “They are 12 points less likely than they were last week to be checking the news multiple times a day,” said Norman. “So, we’re seeing some fatigue, overall, in terms of news coverage of the virus.”

Last week, millennials, those born between 1980 to 1994, were slightly less likely to believe COVID-19 posed a real threat. However, the percentage grew by nine points — up to 78%, and is now on par with the total population.

The reality and duration of the crisis is causing people to cancel plans, including socializing in groups, working out at the gym, attending worship services and dining out.

“This week we saw a really big uptick in plans that were outright canceled, not adjusted,” Norman said.

Not all of the findings in the poll were negative.

“There’s actually a lot of positive news, when you look at how people are reacting to it,” Norman said. “We are now up seven points from last week, with 49% of Americans who believe this is bringing us closer together, rather than driving us further apart.”

In a time when partisan gridlock has resulted in few compromises and bipartisan victories: “We have more than half of self-identified partisans, Democrats and Republicans, saying that this is bringing us closer together.”

The number of Americans who feel “concerned” is up 5% over last week, yet the number who feel “hopeful” is also up 5%.

Trust in most institutions started low last week, and has fallen further. The Centers for Disease Control and Prevention (59%) and the World Health Organization (53%) have the most trust.

However, only 28% trust the federal government; 37% trust state governments; and 32% trust local or city governments.

“That’s challenging, when we’re in a situation where information is key,” Norman said. “And people are taking what they hear from major institutions with a grain of salt.”

The poll was an online quantitative survey. The surveyors say that if they were to estimate a margin of error, it would be +/- 3.1% at 95% confidence. 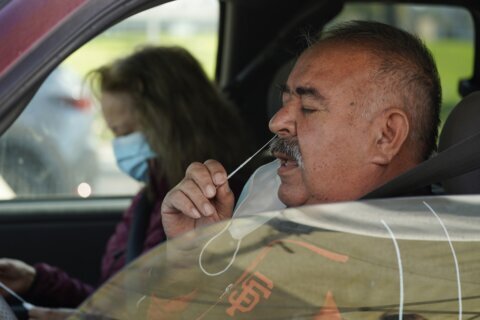