INDIANAPOLIS (AP) — When drastic increases in food costs spurred by the COVID-19 pandemic left Andrew Caplinger struggling to find fresh catfish for his restaurants, he decided to try “an experimental” solution — growing his own.

In the coming months, the Indianapolis restaurant chain Caplinger’s Fresh Catch Seafood will begin sourcing its second most popular menu item from fish ponds at his 28-acre farm in southern Indiana. The goal is to produce up to half of the 800 to 1,000 pounds of catfish fillets served at the restaurants each week.

“I’ve never done anything like this — I’ve sold dead fish my whole entire life,” he said. “It’s tough, and it might be risky. But assuming things go well and these fish grow like they should, we won’t have to look at raising our store prices again for some time.”

It’s a move that could increase local appetite for fish, Caplinger said. But even with fish and seafood consumption on the rise in the U.S., the number of Midwest aquaculture farms is declining, and many fish producers say they face challenges getting their produce to consumers in the region.

Midwestern states compose a fifth of the country’s land but contain about a third of all U.S. farms, according to the U.S. Department of Agriculture.

Although experts maintain the region could be a strong aquaculture producer, the number of aquaculture farms in the Midwest has fallen to roughly 271 from 336 a decade ago.

This could be because the region has historically relied on wild-caught seafood, said Amy Shambach, an aquaculture marketing outreach associate with the Illinois-Indiana Sea Grant. Seafood produced in the Midwest also must compete with cheaper, imported seafood.

“Our input costs are a little bit higher than other places, and (that) contributes to some of the slow growth,” Shambach said.

Stagnant fish farming in the Midwest aquaculture industry has national implications, Shambach said. With global seafood consumption expected to increase by 100-170 billion pounds by 2030, the growing seafood trade deficit means more fish will need to be farm-raised, opening the door for Midwestern farmers to meet demand.

“The big hurdle to tackle — how can they produce a product, economically, to meet the consumer needs and still stay in business?” he said. “How do you reach the growing market of people wanting to eat fish?”

Mike Searcy, who owns a trout farm in Seymour, Indiana, said the Hoosier state — one of only two in the Midwest to report an uptick in farms in the last decade — lacks a central processing facility for gutting and filleting harvested fish. He sends most of his fish to Kentucky for processing and distribution.

“We have demand from our local customers, but the biggest hindrance is the lack of processing, filling that gap between the farmer and the restaurant owner. That holds us back,” said Searcy, who is exploring having a processing facility at his own farm. “When we’re competing with foreign markets and much cheaper labor, they can supply a fillet to the grocery stores a heck of a lot cheaper than what I can.”

Shambach said the lack of processing available in Indiana allows only a handful of Indiana aquaculture farms to produce for food businesses. Instead, most fish raised in the state is sold live to Asian food markets in Indianapolis, Chicago, New York City and Toronto.

Still, Morris said, fish farmers are vying to grow their businesses and increase profits — which could succeed if producers can better market their fish.

“A new generation of folks are eating more fish, and they’re asking more often, ‘Where’s my food coming from?’ That’s where the Midwest comes in,” Morris said.

One solution for farmers could be recirculating aquaculture systems, which allow fish and shrimp to be grown in tank-based systems. The method gives producers control over water quality — often preventing fish disease and the need for antibiotics — and allows various species to be raised year-round in land-locked areas.

The method is costly, though, precluding many small- and mid-size farmers. Searcy, whose farm runs entirely on the technology, cautioned that the operation is also completely dependent on electricity. Environmental activists argue that recirculating aquaculture systems require abundant water resources, and they voice concerns about the disposal of waste.

“It’s always a game of tradeoffs, but I think at the end of the day, recirculating systems are a really good step forward,” Isaac said, adding that renewable energy sources would also make such operations more environmentally friendly. “The development of an aquaculture industry in a place like the Midwest is a good thing. It just needs to be done with appropriate safeguards.”

Morris said other emerging technologies — such as AquaBounty’s genetically modified Atlantic salmon being grown in Indiana that grow faster and are less susceptible to disease — could also be “very attractive for producers,” although it could be “several years” before similar genetically altered fish become mainstream.

“In terms of Midwest aquaculture overall, the growth has got to be with the food-fish operation. That’s where your market is — a consumer basis,” Morris said. “There are only so many ponds to stock out in the Midwest, only so many anglers. But there are consumers wanting to eat more and more fish in Midwest. We have to focus on that.”

Casey Smith is a corps member for the Associated Press/Report for America Statehouse News Initiative. Report for America is a nonprofit national service program that places journalists in local newsrooms to report on undercovered issues. Follow Smith on Twitter. 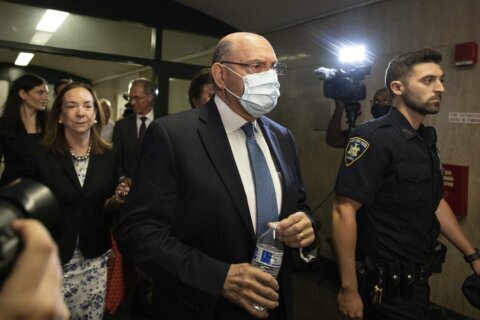