Bill in Congress would require federal officers to use bodycams, dashcams

The push comes following the death of Bijan Ghaisar, who was shot repeatedly by U.S. Park Police officers in November 2017 when they tried to pull him over following a minor collision on the George Washington Parkway.
Listen now to WTOP News WTOP.com | Alexa | Google Home | WTOP App | 103.5 FM

In the wake of the fatal shooting of an unarmed motorist in Fairfax County, Virginia, a push is underway in Congress to require that federal officers wear body cameras.

D.C. Del. Eleanor Holmes Norton and Rep. Don Beyer of Virginia have introduced a bill that would require not only bodycams, but also dashboard cameras in federal police vehicles. The Democratic lawmakers say their goal is to protect both the public and federal officers.

Their push comes following the death of Bijan Ghaisar, who was shot repeatedly by U.S. Park Police officers in November 2017 when they tried to pull him over following a minor collision on the George Washington Parkway. The family of the 25-year-old is still waiting to find out exactly what happened.

“Evidence consistently shows that body cameras help determine the facts and increase transparency of policing across the country,” Norton said in a statement.

The federal government has been late to acknowledge that law enforcement agencies such as D.C. police are already using them with encouraging results, the delegate said.

“Particularly in the District, where there are many federal officers, including those with local policing powers, we must ensure federal officers are held as accountable to the public for their actions as local and state police,” she said.

“The still-unexplained killing of Bijan Ghaisar shows how important it is to make these reforms, which will benefit victims’ families, officers and the communities they serve. Without the body camera footage from local police, the Ghaisars still would have almost no information about the death of their son.”

Officer’s lawyer: Criminal investigation of Bijan Ghaisar shooting will be resolved in 20 days 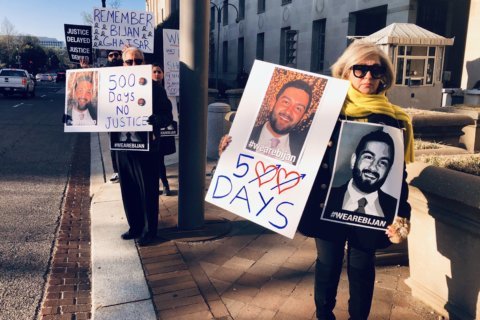