Best ways to deal with mall traffic this holiday season

As the holiday shopping season reaches its apex, nobody’s looking forward to the crush of traffic in the roads leading to the area’s major malls, or even in their parking lots. But WTOP's traffic center has a few ways to minimize the hassle.
Listen now to WTOP News WTOP.com | Alexa | Google Home | WTOP App | 103.5 FM

WASHINGTON — As the holiday shopping season reaches its apex, nobody’s looking forward to the crush of traffic in the roads leading to the area’s major malls, or even in their parking lots. But there are a few ways to minimize the hassle.

Jack Taylor, in WTOP’s Traffic Center, said that the heaviest times for the malls will likely be during the average worker’s lunch hour, and during the afternoon rush hour, as people do some shopping on the way home. Any way you can dodge those hours will help your cause (and, for that matter, everyone else’s).

Most of the area malls open at 10 a.m., Taylor said. “If you’ve got the first hour and a half before people usually get there … that would be a suggestion.”

“You’re not going to be alone, obviously, but at least you’ll have the ability” to get in and out, Taylor said.

That 2:30 limit is kind of like Cinderella’s midnight, Taylor added: “You wouldn’t want to get into the nightmare of heading into an afternoon rush hour.”

Asked whether he had any sneaky back-road routes to any of the malls, Taylor demurred — and suggested drivers do the same: “If you do have back routes, I wouldn’t share them with anybody.”

But really, it’s going to be at least a bit of a hassle no matter what, and Taylor suggests you just get ready for that.

“Just be as cautious as you can,” he said.

He added that the traffic jams don’t stop when you get to the parking lot. “The big thing we used to hear about were the fights for the parking spots,” Taylor said,

He advised using your signals, and if someone beats you to a spot, “give them a wave,” Taylor said.

And just remember that getting into any kind of conflict is kind of tacky any time of year, but especially around Christmas.

“Go in with the silver lining around your heart,” Taylor said.

One shopping mall in the area is letting everyone know the best times and ways to go: Tysons Corner Center management said in a statement that you’d be best served by going before noon on Mondays through Thursdays, and getting your shopping done by Dec. 20. Area school systems will start letting out for winter vacations Dec. 21, so you can’t even count on the mornings being clear after that.

They advise going into Garage E from Westpark Drive, using the 495 Express Lanes — although they add that the Jones Branch Connector bridge will open Saturday, Dec. 15, crossing over I-495 from Virginia Route 123 and letting you off near the McLean Metro stop. (Of course, you could always just take Metro to the Tysons Corner stop, which leaves you with just a short walk.)

6 ways to reduce a child’s anxiety during the holidays 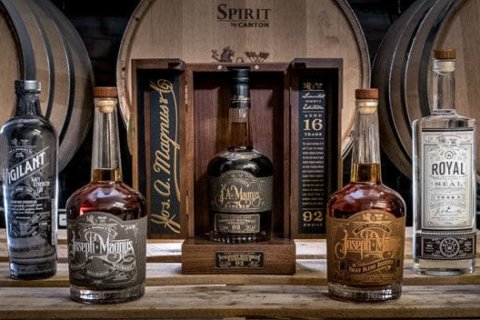