A 13-year-old boy died after being hit by a puck during hockey practice in Waldorf, Maryland, on Monday.
Listen now to WTOP News WTOP.com | Alexa | Google Home | WTOP App | 103.5 FM

A 13-year-old boy died after being hit by a puck during hockey practice in Waldorf, Maryland, on Monday.

The Charles County Sheriff’s Office said in a statement Friday that officers and paramedics were called to the Capital Clubhouse at about 10:30 a.m.

The boy, whom they did not identify other than saying he lived in Carroll County, had been hit in the upper body by a puck, and was unresponsive and not breathing, the sheriff’s office said.

The boy was taken to Children’s National Hospital, in D.C. He was put on life support and died several hours later.

“This is such a tragic case and hurts all of us to the core,” Sheriff Troy Berry said in the statement. “On behalf of our agency, I want to extend our deepest condolences to the family and friends of this young man and to let them know they are in our thoughts and prayers.”

The death has been ruled an accident. 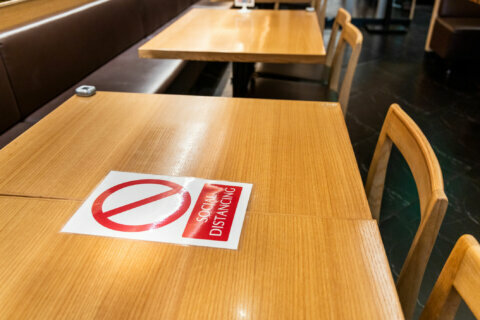