WASHINGTON — An investigation is underway to determine what caused a house fire that killed a woman and her 6-year-old grandson in…
Listen now to WTOP News WTOP.com | Alexa | Google Home | WTOP App | 103.5 FM
(1/3) 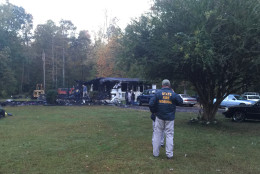 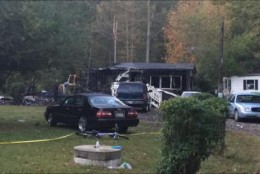 WASHINGTON — An investigation is underway to determine what caused a house fire that killed a woman and her 6-year-old grandson in Charles County, Maryland, early Wednesday.

Charles County Fire officials say a fire broke out at about 12:30 a.m. fire at 15101 Poplar Hill Rd. in Waldorf. A woman and her grandson died the blaze. Four people were able to escape the fire without injury after the smoke alarm sounded.

“We did as much as we could as quickly as we could but it’s very unfortunate circumstance this morning,” Smith says.

“During the investigation, we did determine that a working smoke detector was properly installed and working.”

The home is a total loss.

One firefighter was taken to the hospital for a back injury, but has since been released.

The fire marshal and sheriff’s office are investigating. Foul play is not suspected.

12-year-old boy shot, killed while playing with a gun in Charles Co.