Damage from a Monday morning fire at a Calvert County, Maryland, winery is estimated at $2.5 million.

It happened at Running Hare Vineyard, in Prince Frederick, Maryland.

Firefighters responded to the winery’s manufacturing and bottling building just after 6 a.m., said the Office of the State Fire Marshal.

Thirty firefighters were called in from four volunteer departments: Prince Frederick, Huntingtown, Dunkirk and St. Leonard. It took crews about 45 minutes to get the fire under control.

0615 hrs Engine 21 (@PFVFD2 ) was dispatched for the smoke investigation on Adelina Rd. While investigating they arrived at Running Hare Vineyard & found a large 2-story building fully-involved. The box was filled bringing DVFD Truck 5, Tanker 5 & the Assistant Chief to the scene pic.twitter.com/7MoKAekg62

On its website, Running Hare Vineyard is described as “a little bit of Tuscany and Napa in Southern Maryland.” 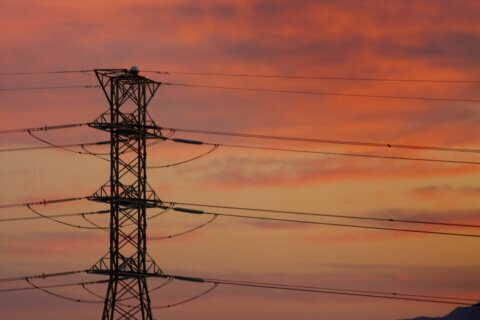