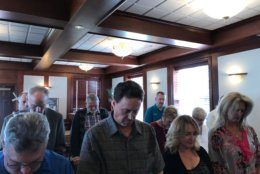 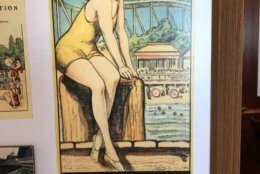 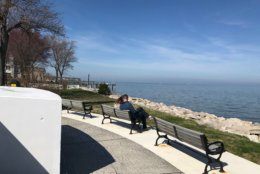 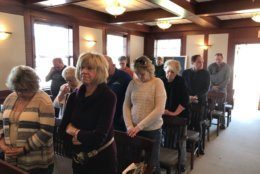 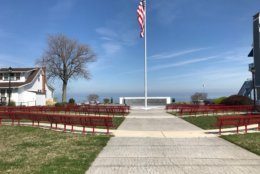 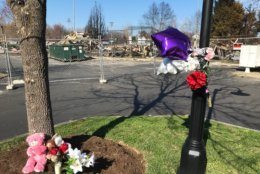 Less than a week after a deadly fire killed two people and destroyed five town houses, the little town of Chesapeake Beach, Maryland, paused to remember the victims while marking the community’s 125th anniversary.

Residents of the bayside community bowed their heads in prayer inside town hall, where they gathered to see Mayor Pat Mahoney accept a commemorative citation from the office of Gov. Larry Hogan.

The town sought solace in the actions of first responders and the community outreach, which helped feed the survivors of the fire and raise funds for their future.

“We lost two of our own, and that is tragic. The good that came out of this is the community just came together in a way that we never thought before. We are resilient,” said Mahoney.

The ceremony marking the community’s incorporation in 1894 included a slide presentation of the town’s history.

Chesapeake Beach was established in the late 19th century as a resort at the end of a short railway line linking D.C. with the Chesapeake Bay.

Residents were reminded that deadly fires, such as the wind-whipped April 3 blaze that raced through the town houses, are as much a part of the town’s history as severe weather, which has dealt its share of destruction over the years.

The cause of the deadly fire remains under investigation by the state fire marshal.

“The best I can understand is there was mulch outside, and it caught fire, and the fire started from underneath the town houses,” said Mayor Pat Mahoney. 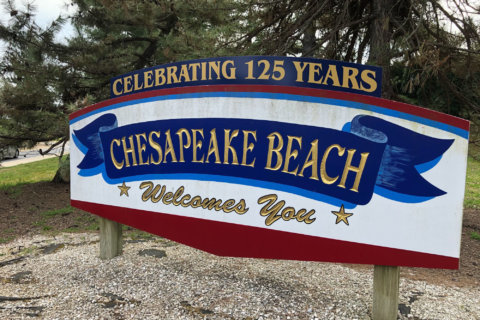