Holidays: 'Enchant' shines with millions of lights in Nats Park | Where to see holiday lights | Send in photos of decorations | How to give greener this season
Home » Business & Finance » New Capitol Hill restaurant… 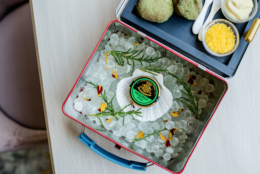 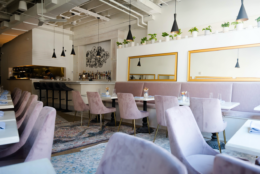 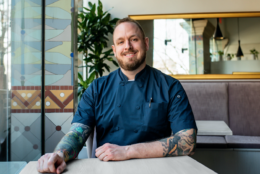 Restaurateur Andrew Markert will hold a soft opening this week for his newest restaurant on Capitol Hill called Newland, named after the Baltimore street where he grew up — one of several nods to nostalgia.

Newland is at 327 7th St. SE, just around the corner from Markert’s 9-year-old Beuchert’s Saloon and soon-to-open Fight Club, a brick-and-mortar space for his sandwich pop-up.

There are some of Markert’s childhood photos in the entry, and the checks are presented to diners after their meals inside children’s books.

“Newland is the conversion of both where I’ve been and where I’m going. I set out to pay homage to the people and places who have been my greatest influences, but in a style that is uniquely mine,” Markert said.

Why 2022 is the year of the espresso martini