Bank profits soared in 2021, but inflation is front of mind

NEW YORK (AP) — Three of the nation’s biggest banks reported blowout profits for 2021 on Friday, helped by the improving economy and consumers and businesses willing to spend and take on loans.

But Inflation is clouding the outlook for 2022, based on comments from bank executives to reporters and industry analysts. They foresee higher inflation this year and are faced with higher costs for compensation as the banks compete for talent and employees. Wall Street could hear similar comments in the next few weeks as the rest of Corporate America releases results and shares its outlook for the upcoming year.

“We spent a good deal of 2021 talking about inflation and I suspect we are going to spend even more time in 2022 talking about it,” said Mark Mason, the chief financial officer at Citigroup, in a Friday call with journalists.

While JPMorgan reported a 14% decline in fourth quarter earnings, the bank still brought in nearly $50 billion in profits for the full year 2021, up significantly from a profit of $36.4 billion in 2019, before the pandemic hit.

Citi brought in $21.95 billion last year. That exceeds what Citigroup made in 2006, when the bank earned $21.2 billion at the height of the mortgage bubble and when Citigroup was a financial conglomerate significantly larger than what it is today.

Wells Fargo’s full-year profits were $21.55 billion, slightly below previous records but multiples better than where they were a year earlier. Wells’ operations continue to be restrained by the Federal Reserve, which capped the bank from getting larger after its sales practices problems and other scandals.

Both JPMorgan and Citi reported higher expenses last quarter, much more than what analysts’ had expected. Both banks said it was partially due to the need to recruit new employees and pay them the higher wages they were now asking for.

“Labor markets are tight, that there’s a little bit of labor inflation, and it’s important for us to attract and retain the best talent and pay competitively,” said Jeremy Barnum, JPMorgan’s CFO, in a call with reporters. Barnum said he expects the bank will face “headwinds” this year, including higher wages, that could impact its profitability.

Wells was able to keep expenses relatively managed in the fourth quarter quarter, but also expects wage inflation to hit this year.

“We expect approximately $500 million of wage-and-benefits-related inflationary increases in 2022 above and beyond the normal level of merit and pay increases,” Mike Santomassimo, the bank’s CFO, told investors.

One positive thing for banks, if inflation continues, is rising interest rates. The Federal Reserve has already telegraphed to investors that the central bank is considering at least three interest rate hikes this year to keep inflation in check. Higher interest rates mean banks can charge more to borrowers for loans.

What worries bankers is that inflation could get out of control and the Fed would have to act more aggressively to tame it.

“The big concern is whether this inflation turns into a wage-price spiral,” Mason told reporters, referring to the economic phenomenon where employees demand higher wages to cover their rising cost of living, which causes companies to raise prices on items to cover higher wages. It can lead to years of high inflation, with the most notable example being the rampant inflation in the 1970s.

In a call with investors, JPMorgan CEO Jamie Dimon said it could take “six or seven” rate hikes this year to get inflation under control.

“This whole notion that somehow it’s going to be sweet and gentle and no one is ever going to be surprised (is a) mistake,” Dimon said.

Investors will get quarterly results from Bank of America, Goldman Sachs and Morgan Stanley next week. There will be significant attention on the investment banks — Goldman and Morgan — since both banks typically have some of the highest compensation costs in the industry.

Bloomberg News reported Friday that Goldman plans to pay out one-time bonuses to its highest-paid employees in order to keep them at the firm. 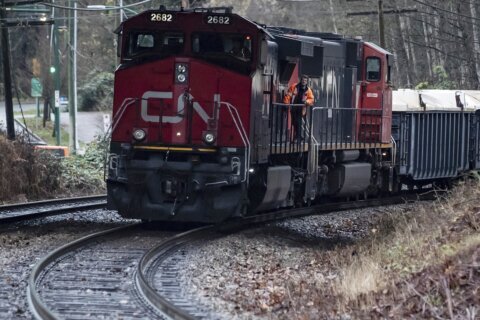 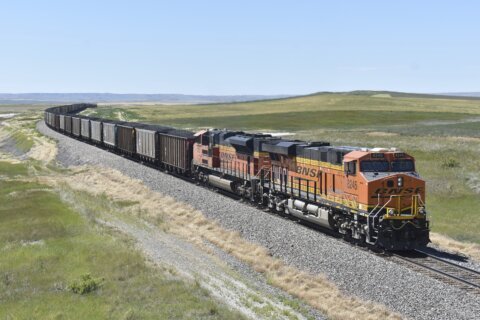 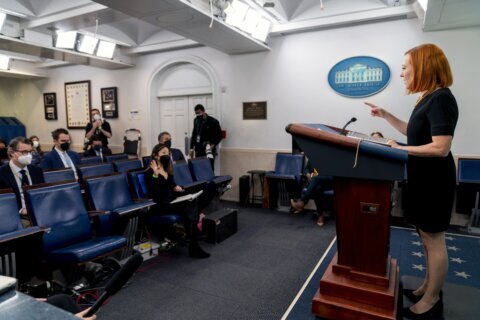