D.C.’s only Swiss restaurant, Stable, will reopen for inside dining for the first time since March, and the social distancing will come in the form of replica Swiss chalets.
Listen now to WTOP News WTOP.com | Alexa | Google Home | WTOP App | 103.5 FM
(1/3) 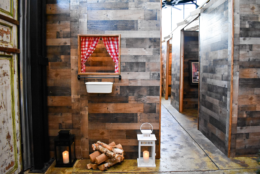 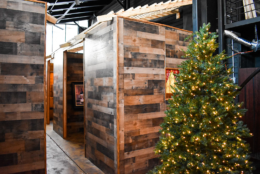 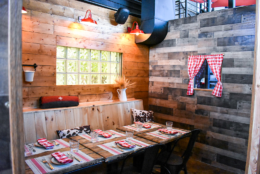 D.C.’s only Swiss restaurant, Stable, will reopen for inside dining for the first time since March, and the social distancing will come in the form of replica Swiss chalets.

The back room of the restaurant, at 1324 H St. NE, has been outfitted with five custom-built, walled-off dining spaces with openings at least six feet apart, with vented roof openings and décor that nods to cozy chalets. Two tables seat six people; three seat four.

It has also added seating for 20 outside in front of the restaurant after getting a parklet permit from the District. It has heaters, and blankets are available.

Stable has been getting by on takeout and delivery since the pandemic began in March, as well as a couple of outdoor pop-ups, including a fall fondue pop-up called Little Stable, on the patio of nearby Gallery O on H Street.

“Our outdoor fondue pop-up was a hit, but with temperatures dropping, there was no guarantee how long Little Stable would remain viable,” said Silvan Kraemer, Stable’s co-owner. “Given that, we came to the realization that we had to open Stable for indoor dining in order to survive the winter, but we wanted to do it in a way that went above and beyond the COVID guidelines.”

The front of the inside restaurant remains the base of its carry-out operation, and houses a to-go market selling bread and pastries as well as Swiss wine and beer.

Stable opened in 2017. Kraemer and co-owner Davit Fritsche are both Swiss-trained chefs. Its menu includes traditional Swiss dishes, such as fondue, Raclette and Spaetzli.