The company has acquired 5.2 acres in Tysons’ Arbor Row, next to the Tysons Galleria, and will build twin mid-rise apartments with 700 apartments under its Solaire brand. The buildings will include 8,000 square feet of retail.

The buildings will be on the southwest corner of Westpark and West Branch Drive, part of the 19-acre Arbor Row mixed-use development that is replacing several 1970s-era office buildings.

Washington Property Company plans to break ground in the next year or two.

Solaire will be just one of a number of new residential buildings at Arbor Row:

Nouvelle 461 opened in 2016. The Monarch condominium building is currently under construction and scheduled to open next year. And a pair of luxury senior-living high-rises — a complex that will be known as The Mather — are planned for 2023.

With all the residences, people will need a place to buy groceries, and Wegmans and Whole Foods plan to fill that need.

Arbor Row will be the company’s sixth Solaire community and its first in Northern Virginia.

A 20-story Solaire building, with 338 apartments, opened earlier this year at 8250 Georgia Ave. in Silver Spring’s Ripley District. It will break ground late this year on a 26-story residential building also in the same Silver Spring neighborhood. 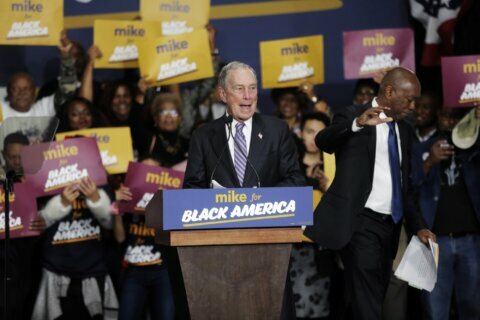